“It’s been proven that diversity makes for much more efficient and productive teams” — María Teresa Alarcos, author of ‘Women Entrepreneurs’.

During the Spanish Golden Age, Italy was the arts capital of Europe, the place where innovation and inspiration met. It’s from Italy that Garcilaso and Boscán brought the sonnet “al itálico modo” that would later bring Spanish poetry to the spotlight and where Diego de Velázquez brought a new way of painting that catapulted Spanish baroque to fame. “The painters in the times of Felipe II got inspiration from the great Italian masters and copied from them in order to innovate”, María Teresa Alarcos told us during the presentation of her book “Women Entrepreneurs: The Leaders that Change the World in the Digital Era” at EAE’s Women Initiative. . There’s no venture without previous inspiration, without life experiences —good or bad—, without mentors or the audacity to move an idea from one setting to another. For Alarcos, “a woman entrepreneur is free and has been in touch with many ways of doing things. She’s lived in different countries, is respectful of them and she brings the whole experience together when she gets back”. 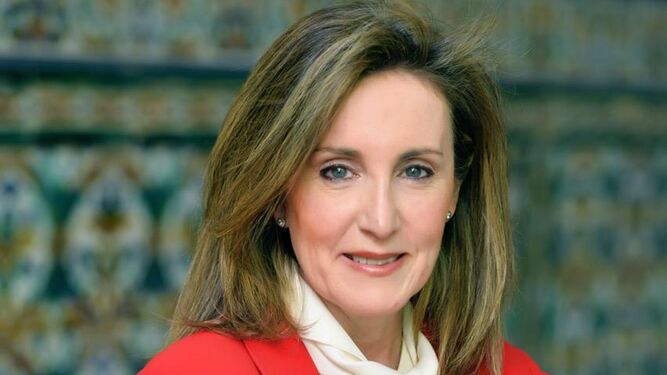 “A Child of the Pandemic”

Teresa Alarcos, directress of the Woman Start-Up Community, has been meaning to pour her entrepreneurial experience —and that of all the women she’s worked with during all these years— into a book for quite a while now. “I started in the world of corporations and, already back then, 30 years ago, I remember wanting to be an entrepreneur. But back then, that was almost non existent”. Teresa started gaining experience and relevance in the field of technological innovation. “I was burning the candle at both ends”, she told us. Once she had kids, she changed tack and delved into the world of start-ups. She’s the founder of two of them and the directress of an organisation that’s present in 22 countries: Women Start-Up Community, which brings women entrepreneurs together in order to “transmit knowledge and emotions”.

During the pandemic, she went back to her book, to the 60 pages she had written so far, and started calling women from all over the world that could serve as examples of disruption and inspiration for the new generations. “I’ve put a lot of passion and heart in this book. We could call it a child of the pandemic”. ‘Women Entrepreneurs’ offers 21 real life examples of successful women that reflect on the incentives and challenges of embarking on a venture of innovation.

The First Lesson Is Failure

Pedro ‘Perico’ Delgado participated in the Tour de France eleven times and only won on one occasion. Recently, something he once said went viral:“We’re teaching people how to win when we should be teaching them how to lose. It just happens more often. Winning is the goal, but not what defines an athlete. What defines us is all the work we do in order to try and win”. In companies, it’s crucial to learn how to deal with failure and transform it into incentive for the future and a tool for improvement. “You won’t always succeed and you must learn to deal with that”, Teresa Alarcos pointed out. In her life, she has seen many women fall and get up again to keep on doing what they do.

25% of women who embark on a venture do so repeatedly, once and again. This determination can be the spark that ignites the disruptive idea that will make its way through. Of course, you’ll need vision and an open mind, especially in this 4th industrial revolution in which “everything is moving very fast and everything becomes obsolete almost instantly. We must keep our focus on what’s going on in the world so as not to fall behind”. Alarcos understands women entrepreneurs as women who are very well prepared, who seek excellence, who get internships and live in different countries in different moments of their life; they have experience in companies and a network of suppliers and contacts.

Being an Entrepreneur in order to Grow

What is it that drives women to embark on a venture and jump into an arena where men reign? “Many do so because they’re not allowed to grow”, Teresa points out. Women are seen negatively still today: it’s harder for us to obtain financing than it is for men, we have a visibility problem and are falsely accused of only being interested in social entrepreneurship. There are not many companies launched by women alone. A surprising fact, since numbers show that they are better at it. According to MIT studies, 70% of start-ups launched by men were successful, while when they were launched by women, the number went up to 90%. “Wait until big money finds out…”, Alarcos ventures.

Fighting against this visibility gap is one of the goals of ‘Women Entrepreneurs’, a book that has had the support of great business people such as Antonio Abril, Antonio Huertas, Pilar Manchón or Isabel Dutilh. “There are really incredible women, but they’re not widely known. We must push these ideas forward because we’re present in every sector: retail, fintech, educatech…”, Teresa points out. She thinks diversity —of culture, gender, opinions— is a great advantage when it comes to entrepreneurship: “It’s been proven that diversity makes for much more efficient and productive teams, because they can see reality from different angles and they complement each other”.

What Blade Runner Didn’t Tell Us About the Future (of Work).