Day 3 – Grab the Bin: We’ll Be Doing Some Trimming

“In a writer’s office, the trash can is the best piece of furniture”, Ernest Hemingway used to say. And not for nothing: his style is known for being polished and synthetic — something that’s not easily achieved; it takes a lot of trimming and getting rid of… from the first to the final drafts. EAE’s Design Sprint could just as well be inspired in this idea from the American Nobel Prize who, during the general process of creation, takes the bin and turns it into an ally, not an enemy. .

In order for an entrepreneur’s project to stand out among the numerous proposals and initiatives that exist in this competitive world, first, we must know how to build it up. We must carry out in-depth work in order to refine the weak points and to get closer to a clear and simple direction that we can easily communicate to others. In the previous sessions, we’ve imagined and drafted our ideas. Now, it’s necessary to compare and contrast with our team mates’ ideas. From this healthy competition, a common direction will arise.Day 3 can be summed up in these four steps:

Yeah! We’re taking a trip to the museum. But don’t worry. We won’t have to go far. We tape our sketches to the wall and the whole team will walk down this gallery, stopping at their favourite “works of art” and taking their hand to their chin in front of those that need improvement. The ideas we have sketched in Day 2 of the Design Sprint —first with words, then, with images— are now our presentation card. It’s crucial to exhibit these sketches and have them meet the opinion and the work of our team mates. We mustn’t be scared to confront ideas.

Out of this time we take for observation, new unexpected roads will appear — convergences that will enrich the final project. And, in order to do this, we must decide which of the options catch our attention the most — just like in a museum. We’ve all visited the Prado Museum and seen how visitors crowd in front of Velázquez’s ‘Las Meninas’ — the unquestioned star of the gallery. If we could make a heat map of the museum, we’d see heat gathered specifically at the back of the 12th hall. That’s exactly what we’re doing with our sketches. Each team mate puts up stickers onto the parts of the others’ sketches they like the most. In the end, we’ll get a heat map that will reflect the parts and characteristics that have sprouted the most interest among the whole team. 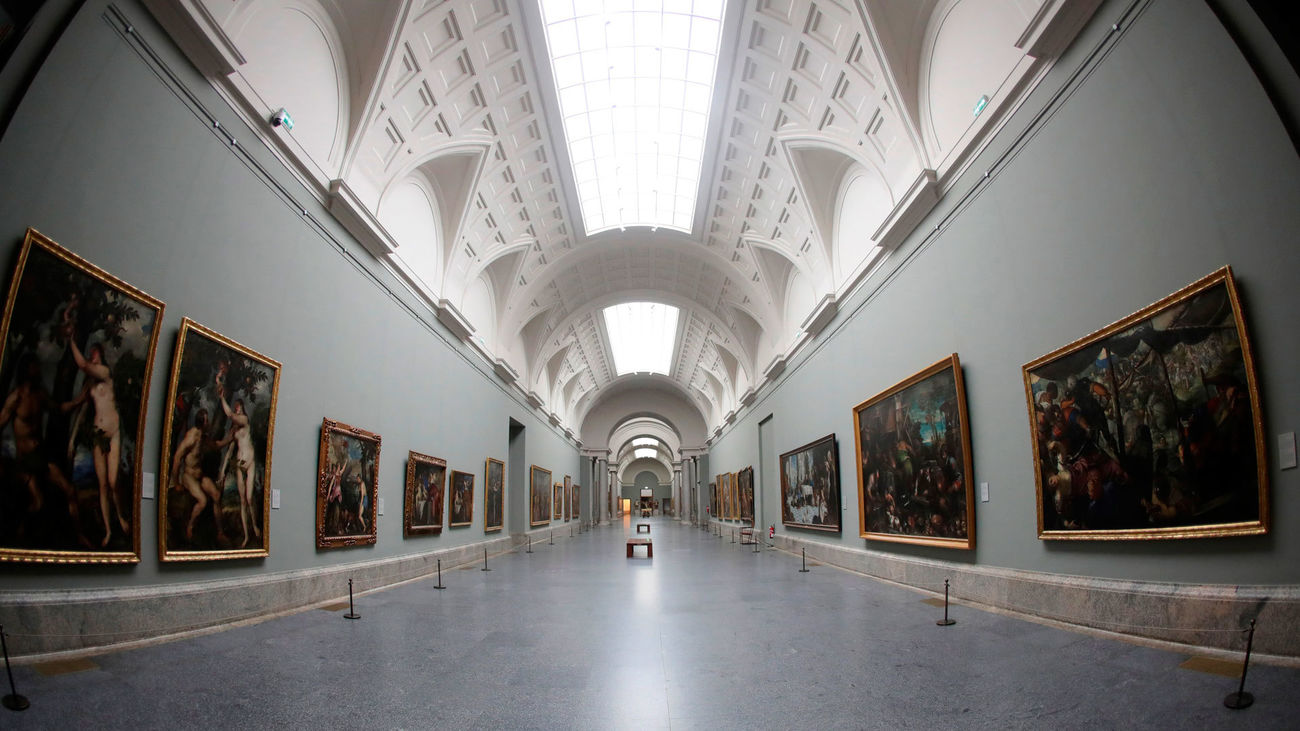 It’s not always easy understanding what makes an idea, a person or an image interesting. But, it’s precisely knowing how to explain it that will let us know the secret of what’s interesting. Why is it that, in our improvised museum, we have decided to stand for a longer time in front of a certain piece? The whole team must study the parts of the sketches that have caught the most attention. The collective observation will help align the group’s understanding towards the same direction. Finally, we must vote on the complete solution that has gotten the greatest consensus.

Now, each of the team members —again on their own— will create an animation of the project, following the idea that the group has chosen. They will create a 6-frames storyboard with new personal ideas to complement the characteristics that the main idea may be lacking. An iterative process in which the ideas that we’ve previously refined will be added in order to enrich the main idea before going through a new process of trimming and refining.

Once the storyboards are finished, the team members will choose a favourite and explain their decision. Then, once again, the leader will choose the winning option. And, once again, we’ll be scripting: adding two more frames to the new storyboard and repeating the process — voting, explaining the vote and having the leader decide on the winner. The ultimate goal is to create an extended storyboard that has the consensus of the whole team. The filters it went through will be like a water filter, leaving aside that which is not needed. In the end, we’ll be left with only a pristine idea.

Victor Mur —EAE’s Design Sprint participant— explains that this Day 3 Methodology “has allowed the team to finally choose the idea to work on through the addition of other ideas’ features that had been discarded and through new ideas that came up out of the interaction and communication. With each step, we would grab an idea and get rid of five”. But, some of the previously discarded ideas have come back, improved, throughout the different stages, thanks to this iterative process. “Divergence —Victor adds— allows us to enrich the business ideas”. We must not be afraid to present our ideas and let others value it. This is what, in fact, teamwork is all about.

Article wrote in collaboration with