It all starts with a spark. Suddenly and out of the blue, a tiny and powerful discharge of electric energy emerges, as if it were coming out from a very long sleep, and just like that, in a flash, it brings light to everything that surrounds it, brightening up every corner of that maze of neurons that rests on your shoulders.

And it drives you crazy.

You can’t stop thinking about it. It keeps on moving around in your head and —as all movement does— it creates energy, which in turn, feeds the sparkle and makes it brighter and brighter, until it becomes so bright that you can’t see anything else.

We’ve all experienced this at some point. That’s why we accept the lightbulb representation without questioning it. We know that feeling. Some even find the will and the courage to see it through until it becomes a reality — one that shines on its own, with an even brighter light. 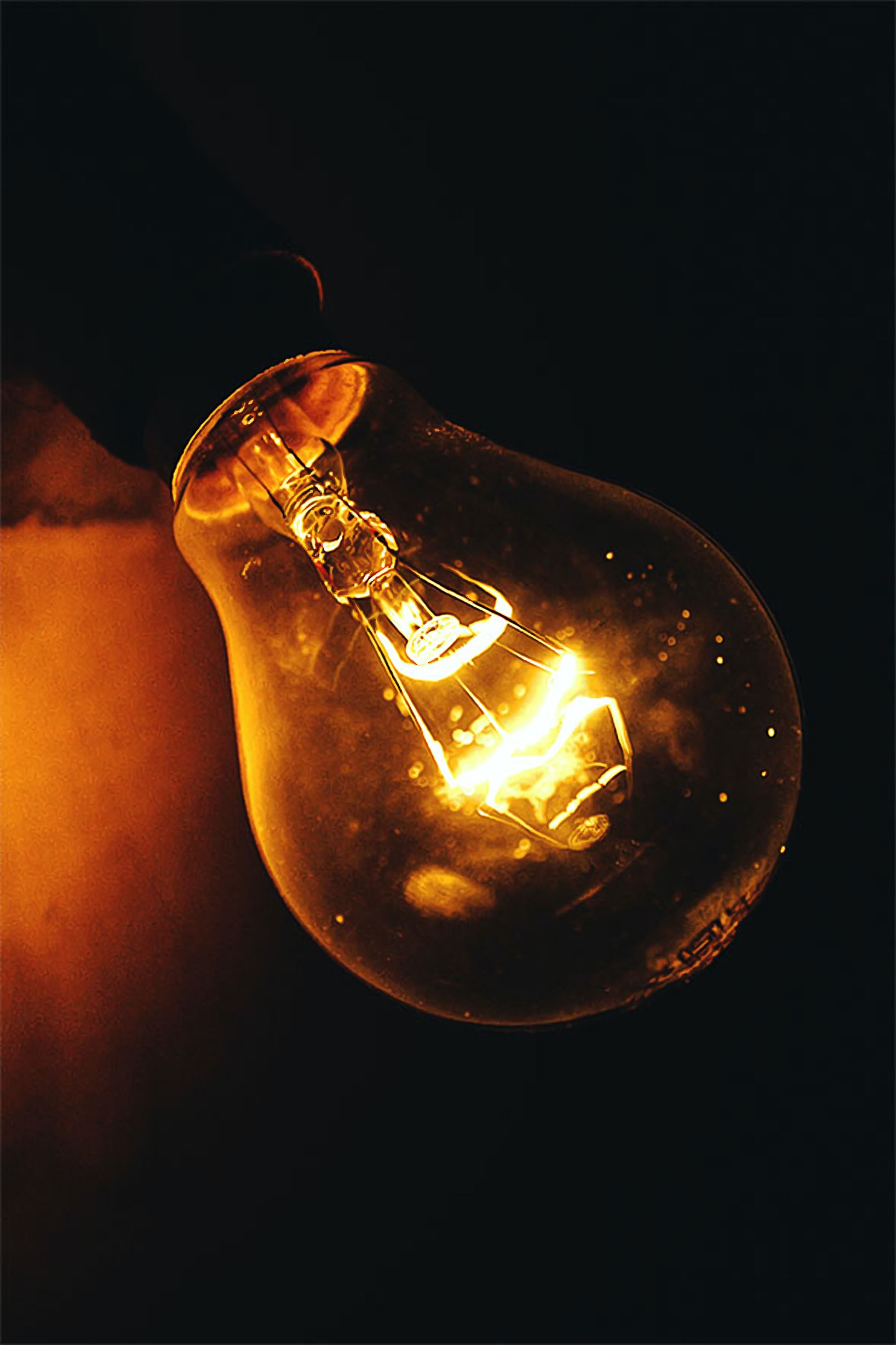 Meet Sebastian, Josep and Fernando, three of our students that started the great adventure of entrepreneurship. Their three projects - Mundooh, Arspect y TucanPay are currently being developed at the EAE Lab, our own business incubator. They got off to a rough start though: they had to successfully complete the first stages of a 10 months programme aimed at shaping and valuing those projects that ensured greater viability in the market.

While on the topic of beginnings, Fernando Manuel Pinto, founding partner of TucanPay, smiles when he recalls how his idea came about: “It came unexpectedly. We were on our way to meeting our Master’s Thesis advisor to show her the project we had been working on for some days. At some point, we started exchanging opinions and, suddenly, we were changing the whole thing and coming up with a brand new business idea!”

It may have come to them unexpectedly, but it also came with the power to change the course of their lives. Being able to embrace change is an essential attribute for entrepreneurs. Sebastian de Rutte, Mundooh’s co-founder and CEO, calls it “traction”: “Many entrepreneurs think that with an idea and a powerpoint presentation they will find the investors they are looking for. But this, in most of the cases, just doesn’t happen. After all, a start-up is also a business, and to make it appealing, you have to put it out on the market, test it, get it wrong, correct it and go at it again”.

Because there’s no bigger mistake than not trying, and Josep Arguimbau, Arspect founder and CEO, confirms it: “What matters the most is proving that your idea works and having someone trust your product/service and buy it. It can be tricky”. You must not be afraid to embark on a venture. After all, “you have to take it for what it is, a thrilling learning experience, and do your best to see it through. If you're afraid, you’ll never take the leap or be daring enough to change things”.

The whole world in your hands with Mundooh.

As Albert Einstein once said, “the only source of knowledge is experience”, and Sebastian is the living proof of this. Since he established his first company in 2015, he has never stopped learning. Thanks to his first project, he was able to identify several problems in the outdoor advertising industry and set out to solve them with creativity and inventiveness.

That’s how Mundooh was born — the only mobile screen for digital advertising that makes it possible to take brands anywhere there’s an audience, generating great impact and facilitating interaction. Can you imagine walking around the city with advertisements walking by your side?

To achieve this, Mundooh’s walkers move along specially designed routes that are based on the brand’s goals and targets. They are equipped with technology that allows them to quantify impact and measure the campaigns' success in real time.

His idea was a great success and has recently earned him the EAE Entrepreneurship Award and a €10.000 prize. “This represents a reward for the effort we have been putting in at Mundooh. EAE was the first to put their trust in us and we are thrilled to have been chosen as the best project of 2020”, said Sebastian, with a big smile on his face. Thanks to this first funding, they have improved the MVP: they now have new 22” screens and an in-built system that allows remote programming of advertisements.

Arspect, for the love of art

Josep is proof that if you believe in something and put in the effort, you can make it happen. Back in 2017, he saw there was a need to help plastic artists promote and sell their creations through a website or an app. And so, he started to investigate and became more familiar with the sector in order to create Arspect: the first art rental platform that connects artists with the public.

We have to give it to him... this idea is, quite literally, a real work of art. The goal is for it to act as a showcase for all those artists that want to give visibility to their work by renting them in a secure and comfortable way — like a sort of unique catalogue for a great community of art lovers.

This new concept addresses a trend that marks a change in the way we experience art — getting rid of that sense of possession related to it. Nowadays, people are more used to home trials, subscriptions, renting and leasing — just like companies, that seek to increase variable costs and reduce asset accumulation.

But, what happens with the emotional bond that is often created between us and the work of art? According to Josep, who carried out a detailed investigation of the market, renting is considered a very satisfactory experience as it allows changing spaces easily and with very effective results. After all, you are able to try different works of art and, in case you find one that really touches a nerve, it’s really quick and easy to buy it.

TucanPay, an idea that is as attractive as it is safe.

For Manuel it all happened more suddenly — when the idea came up, they immediately knew they wanted to bet on it. They were ready to put in all the effort and a large dose of hope.

While on the topic of investments, TucanPay allows people to send money between Spain and Colombia at the most competitive market price and with no hidden commissions. How? The secret formula is built around the idea of connecting people from these countries through micro investors in the destination country. These investors are the ones in charge of carrying the money in a fast, secure and reliable way while getting a commission for their part in the exchange.

No doubt about it… it’s a great idea! So much so, that three investors have taken an interest on TucanPay during the MIT Investor’s Forum 2020 Due to the increasing demand for this kind of services and the simplicity it offers its users, it’s destined to become a reference tool for the whole Latinamerican community in Spain.

The value of ideas and the ideas with value.

Doubts will always appear when undertaking a project. “The storm always feels fiercer when you’re sailing on the open sea”, says Sebastian — and many ships don’t even make it to safe shore.

Nevertheless, every entrepreneur agrees that it’s a stage for learning, growing and enduring. For Fernando, the most valuable lesson was that “having a good team is far more important than having a good idea”, while for Josep it was accepting that you shouldn’t do things too fast: “it is fundamental to lay the groundwork correctly in order to set for a bright start”.

But there’s one thing they all agree on: in this adventure, there’s no space —nor time— for fear. “The thought of having a changeless life, of resigning and not doing what I feel passionate about, scares me more than undertaking any project”, states Sebastian. As for Fernando, he confesses to have felt fear many times and knows he will feel it again. But he thinks that it’s precisely this emotion that shows that we’re alive and reminds us that we must be ready for more.

What matters is having a clear goal and putting in the effort to achieve it — to be able to recognise the right idea and learn to let go of the rest. “For an entrepreneur it is of utmost importance to concentrate on a single project and put all your focus on it”, Josep explains. He insists on the importance of having clear ideas for the project to endure through the mistakes that are bound to happen: “it’s not a sprint; it’s more like a marathon, with uphills and downhills, in which every day you need to keep up the effort and never stop”.

The home of entrepreneurs: Spain, in need of better regulation.

The verdict is unanimous: Spain is a good country in which to start a business. Its ever growing entrepreneurial ecosystem and its receptiveness to the world of start-ups are a proof of this. However, there’s still a lot to be done: regulation is not very flexible and is still too bureaucratic, which makes it difficult for the entrepreneur to put ideas out on the market and start working.

“It’s true that there has been, for some time now, much more initiative on all sectors, both public and private —says Josep—. It often happens that people talk about the American system but it’s rarely implemented”. The changes he proposes are clear: less bureaucracy, more speed and more advantages. He wants to take it to the point that, for 2021, you could establish a company or file any paperwork through your mobile phone — putting an end to the painful task of going through thousands of government pages to find what you need.

Taxation also needs to be adapted. After all, conditions that fosters entrepreneurship and the creation of employment —especially among young people—, will not only favour the economy but will also strengthen the image of the country towards the rest of the world.

For Sebastian, these conditions must be created, among other things, through traditional education and the creation of opportunities to develop projects: “EAE does a great job at focusing its efforts on the development of start-ups with the Master on Entrepreneurship and Innovation,as well as with the EAE Lab. That is precisely the sort of institutional support that is so badly needed”. We’ll hang on to that quote.

After talking to these great entrepreneurs, we have lit a lot of light bulbs and all of our doubts have been turned off. We were able to see that sparkle that went on in their heads, shining through their eyes — like a beacon that guides the ships through the storms, with the strength that only hope can harness.

A Conversation with Fear.