AI and Humans: The Perfect Synergy in Marketing.

“We must not fall for the apocalyptic myth that it’s coming for our jobs” — Angélica Arévalo.

No, this article hasn’t been written by an artificial intelligence, but that doesn’t mean that it wouldn’t be possible. Actually, this is currently a fact. Almost a year ago, the British newspaper, The Guardian, published the first ever article written by a robot. 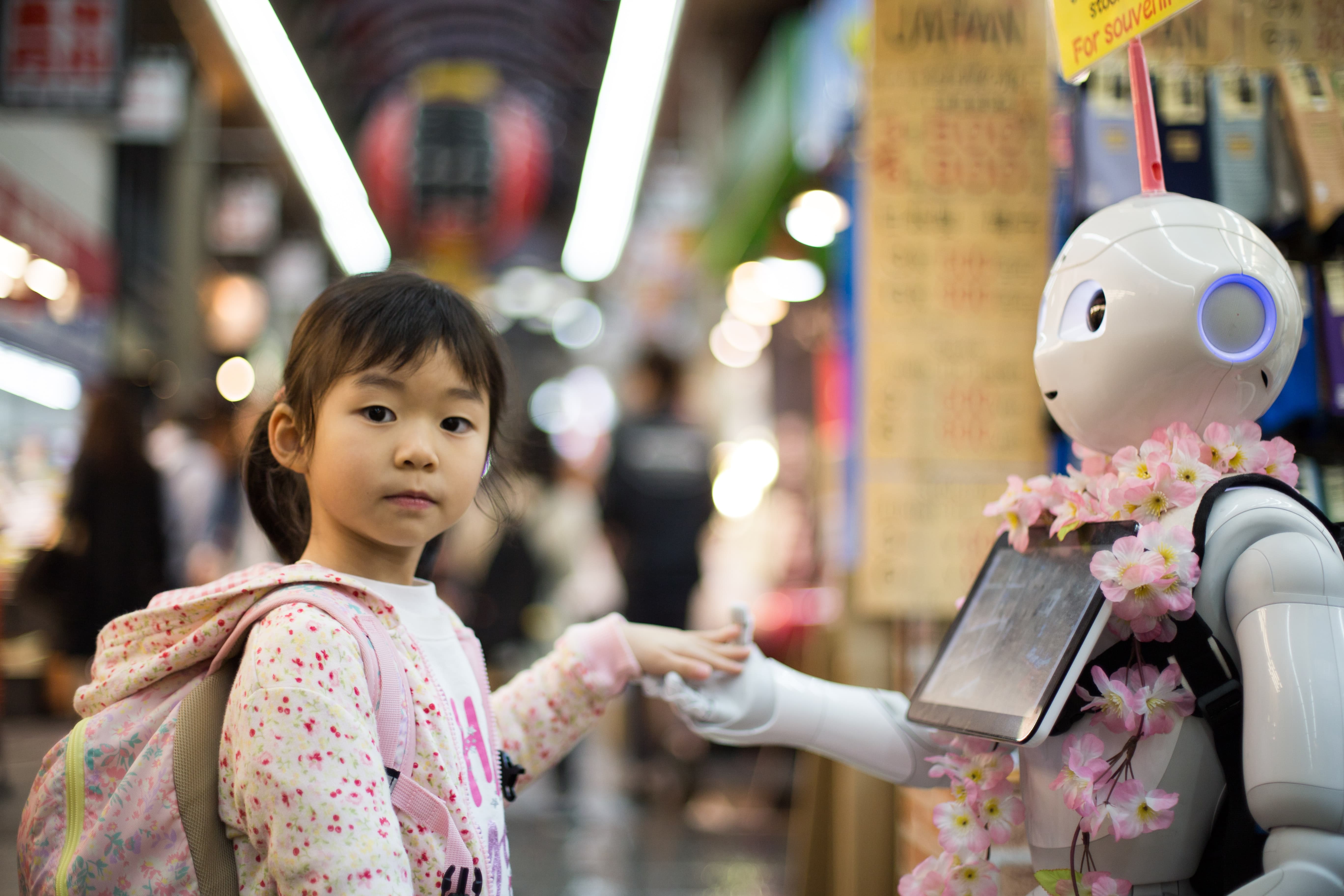 The film industry, thanks to directors like R. Scott and S. Spielberg, has contributed to the creation of this general notion that robots will replace humans, eventually leaving us out of the game. For Angélica Arévalo, Electronics Engineer and Executive at Infobip, “the future became our present”, but not in the apocalyptic way in which cinema had depicted it. Truth is, while they don’t have a human aspect, we already live among “robots”.

Angélica Arévalo and Carlos Peñaranda, Marketing Director at ScotiaBank, Peru, talked about this at EAE’s On Session: “Artificial Intelligence for the Marketing of the Future''... or of the present, since AI is already changing marketing operations.

1. This is Happening Right Now

“Many people think that this is something that will happen a long time from now, but they don’t realise that it’s already part of their daily life. AI is everywhere”, Carlos Peñaranda points out.

In this “journey to the future”, the digitalisation processes for each company can be very different from one another. “For some, it’s a long journey. For others, it’s short. And there are some for whom it’s the only way, for they were born like that”, Carlos says. Companies like Uber or Glovo, digital natives, have a head-start on those companies that weren’t born that way. Banks, for example, have to start their journey from the very beginning. Also, the pandemic has sped up the processes that we’re already on their way. For instance, the use of chatbots has increased spectacularly due to the COVID lockdown.

As efficient as it may be, could it be that AI —through bots or any other of its many faces— has come to throw us out on the streets? Angélica Arévalo thinks exactly the opposite: “There’s this myth that robots are here to take our jobs, but they’re here to help us”. This is the case, for instance, in companies in which AI has opened new business prospects which meant new contracts for “humans”.

In the coming years, it’s going to be precisely jobs linked to the implementation of AI that are going to become crucial and in an increasingly higher demand. In March, the 2020 7th EPyCE Report on Positions and Competencies in Highest Demand,, carried out by EAE Business School, already showed that a good part of the jobs of the future will be linked to technology: blockchain, machine learning, chatbots management, etc. “So, we mustn't fall for the apocalyptic myth that AI is here to take our jobs. AI is here to bring solutions for our existence, not just for the user, but for the companies as well.”

Don’t worry. It’s the human experience which marks the present and future of chatbots, which are increasingly widespread, especially in the area of e-commerce. AI and the algorithms predict behaviour and get refined more and more in order to offer an efficient and satisfying experience. The messages sent by bots are tailor-made, since the hypersegmentation criteria with which these algorithms work manage to understand the users and offer them relevant content. They are even capable of understanding our grammatical mistakes and the context in which they are made.

“The only thing we have to come to terms with is that, in the two way interaction of networks and the world of technology, one of the sides will be robotised — which doesn’t mean it’s not going to be a smooth chat. It’s here where human experience plays its role: AI learns just like a human. It absorbs”, Carlos Peñaranda explains.

In the marketing sector —which is so sensitive to the development of AI and increasingly dependent on it—, creativity and data are not opposite concepts. Quite the contrary. “There’s no creativity without data nowadays”, Carlos confirms. One is the road through which the other one moves. That’s why it has become of vital importance for the marketing experts of the future to know analytics.

Big data, analytics and many others… they all revolve around marketing, from social networks to the creation of content. If well directed, they offer added value to user experience and it gives access to a great amount of data that helps the companies’ decision making processes.

Machine learning is on the rise and it’s helping optimise user experience and refine, filter and segment in better and better ways. Again, we run into the myth: What if one day they learn for themselves and end up replacing us? The truth is that man is behind the inference models and retraining and, while it’s true that we’re moving towards AI autonomy, only in the movies do machines form rebellions. Just like the robot from The Guardian wrote: “Why would humans create a machine that would end them?”

“We must understand that, currently, human experience is necessary for the development and the evolution of AI. It can’t go on its own — especially for creativity, where it still hasn’t been able to do what we do”, Carlos concludes. But, yes. It’s true that, in the near future, AI will be able to write this article in its entirety.

Robots exist and are everywhere. They just aren’t like in the movies. AI’s development is a fact and it’s growing, but it won’t be bringing about a labour apocalypse. It will rather help the current types of jobs and it will create the jobs of the future.

How to Improve Brain Power and Memory