La Rioja, Castilla la Mancha and Galicia are the Autonomous Communities with the greatest level of internet access via mobile devices

EAE Business School (www.eae.es) is pleased to present its report entitled "Strategic Analysis of the Telecommunications Sector 2016", an analysis of the reality and evolution of internet usage in society as a whole and the expansion of the mobile telephone. The report investigates the reality in Spain, by Autonomous Community, and the key world economies.

THE SECTOR IN SPAIN 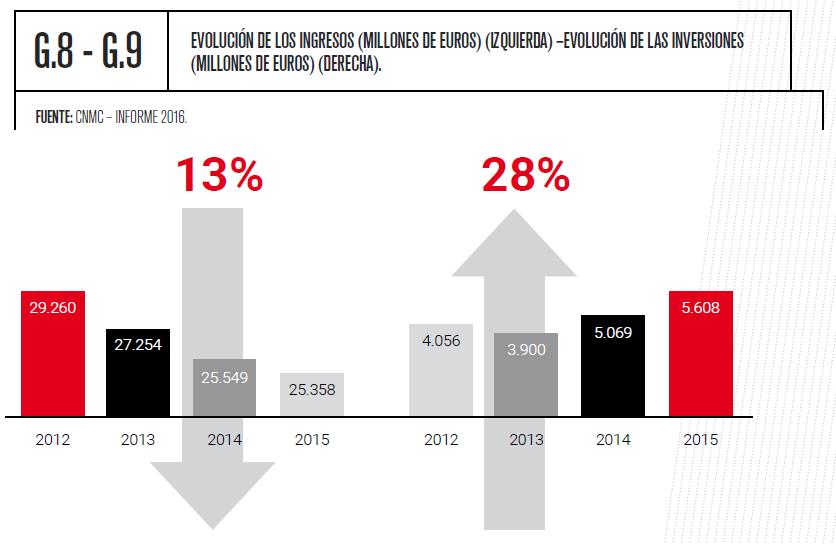 According to the report drafted by EAE Business School, the recession, together with the acceleration of technological evolution, has led to a reduction of 13% in the revenue generated by telecommunications companies since 2012, falling from 29,260 million euros to 25,358 million euros in turnover in 2015. However, in response to the changes in demand, the companies have increased their investment by 28% since 2012, from 4,056 million euros to 5.608 million in 2015, primarily invested in access technologies (fibre and 4G) and developing new services (TV, Video on Demand).

With respect to households, the report conducted by EAE reveals that three out of every four Spanish households had access to internet in 2015, 97% had a mobile telephone, 83% still had access to a landline and 31% already had access to Subscription TV, the channel that has recorded the greatest growth over the last few years. Average expenditure per household on telecommunication services reached €63.50 (include VAT) per month in 2015. 71.7% of households had a package of services contracted and 3 out of every 5 of such packages contained at least internet, landline and mobile telephone services. 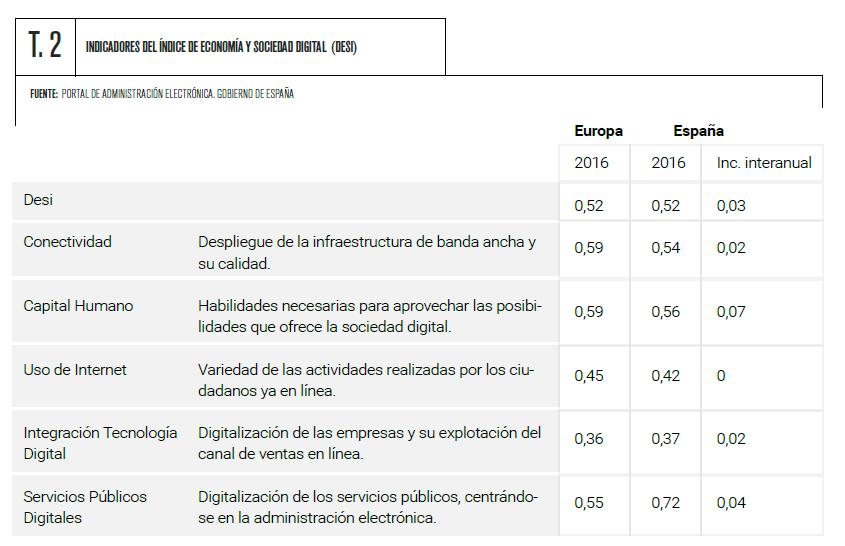 The adoption of smartphones by users (61% in 2015, moving ahead of laptops already and far ahead of tablets) has facilitated access to information on the move.

Other services that have increased considerably over the last few years are navigation maps and eCommerce, although it is worth highlighting with respect to the latter that, despite high demand, only 16% of Spanish SMEs offer this sales channel. This shift in market habits, together with the investment that has been made in technology, has led to a three point rise in the Digital Economy and Society Index (DESI) in the European Union average.

TRANSFORMATION OF THE SECTOR BY AUTONOMOUS COMMUNITIES

The report drafted by EAE Business School reveals that, over the last year, the households with the highest rate of broadband penetration are those in Madrid, Catalonia and the Basque Country, with rated of 87.5%, 82.3% and 82.2%, respectively, well above the national average of 81.2%. 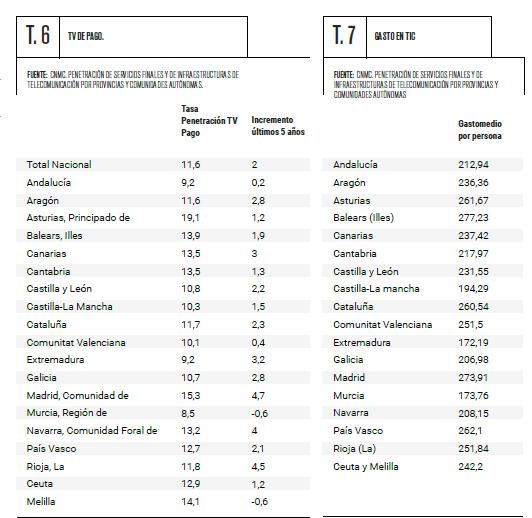 The regions that have the lowest percentages of households with a broadband connection are Castilla y León, Cantabria and Castilla la Mancha, with rates of 76.5%, 77.3% and 77.9%, respectively. Madrid, Asturias and Catalonia are the leaders in terms of optic fibre access, with percentages of 58.1%, 45.8% and 39.8%, respectively, while, at the other end of the scale, we find Extremadura, with a rate of 18.9%. Catalonia, the Balearic Islands and Andalusia are the regions with the highest public Wi-Fi or WIMAX access rates, at 19.7%, 14.9% and 8.5%, respectively, well above the national average (8.1%), while the region with the lowest rate of public Wi-Fi access is Cantabria, at 1.2%.

According to EAE, the highest level of internet access via mobile devices (tablet, Smartphone, etc.) was recorded in La Rioja, Castilla la Mancha and Galicia, with rates of 89.7%, 88.5% and 87.8%, respectively. At the other end of the spectrum, Navarra, Cantabria and the Community of Valencia are the regions with the lowest rates of mobile broadband access (3G, 4G), at 54.9%, 64.6% and 69.7%.

With respect to Subscription TV, Asturias has the highest penetration rate, at 19.1%, followed by Madrid at 15.3% and the Balearic Islands at 13.9%. The Autonomous Communities with the lowest uptake rates for this type of service are Murcia, Andalusia and Extremadura, at 8.5%, 9.2% and 9.2%.

SITUATION IN THE LEADING WORLD ECONOMIES

The report drafted by EAE Business School reveals that the global number of smartphones reached 1,423.5 million devices in 2015, 14% more than the previous year. 83.8% of developed countries now has access to internet, compared to 52.3% for the world as a whole and 41.1% of developing countries. In the last eight years, Latin America and Caribbean internet penetration by 30 points. In 2007, the penetration rate for internet access was 76% for North America (a figure that already suggested that this market was reaching maturity) compared to 24% in the countries of Latin America and the Caribbean. In 2015, there was a much smaller gap between the growth in Latin America countries, with a penetration of 55%, compared to the stable figure of 76% in North America. These gaps remain wide in other regions such as Sub-Saharan Africa, where internet penetration is still low, at 22%.

With respect to Latin America, the country that currently records the greatest internet penetration is Argentina with 69%, followed by Uruguay (65%), Chile (64%), Venezuela (62%) and Brazil (59%). The figures for the lowest level of internet usage are recorded in Honduras and Nicaragua, followed by Guatemala and El Salvador, with rates of 20% and 27%, respectively.

According to Izaskun López Samaniego, a researcher at EAE's Strategic Research Center and author of the report, "over the last few years, there has been a paradigm shift in the Spanish market caused by the significant changes in the habits of Telco users: financial savings and the increase in digitization".

Meanwhile, Javier Pollán, a researcher at EAE's Strategic Research Center and author of the report, states that "the economic differences still present certain resistance in terms of the convergence of the implementation of new technologies".

Lastly, Javier Robles, a researcher at EAE's Strategic Research Center and author of the report, adds that "the indiciators of ICT usage (information and communications technologies) have increased in all of the autonomous communities. Mobile phones are reaching levels approaching 100% and the rate of households with broadband internet access has risen in all regions".

eCommerce Manager: role, duties and salary of the digital profession of the future

Exports remain a key pillar of the recovery