“If you take everything as a lesson, there’s no stopping you” 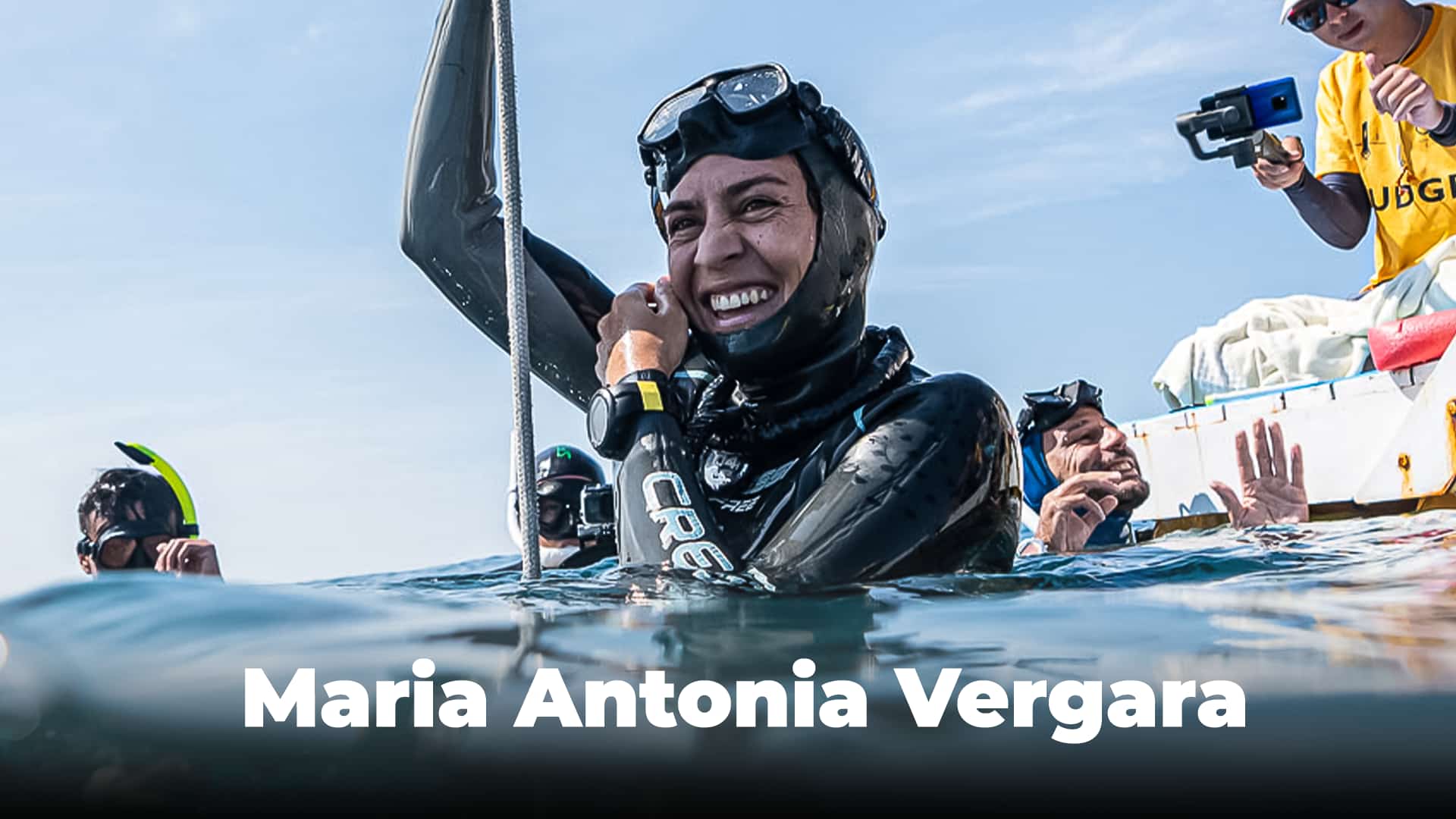 Colombian by birth, she moved to Panama at the age of 5. It was then that her international journey started. María Antonia has led a life based on going across the world, working and connecting with the sea through those sports that allowed her to triumph and guide her on a journey of self-discovery.

She started her close relationship with water sports when she started rowing; a sport that she officially started practising at 14. She competed in the Ocean 2 Ocean Cayuco Race, a 3-day extreme kayak competition between two oceans (Pacific and Atlantic) through the Panama Canal. She was champion 4 times, in the female youth category in 2007, and in the female open category in 2014, 2015 and 2016 with Nossa Vitoria kayak.

“In Panama, you have easy access to water and the sea and, since I was a little girl, I started using snorkels. It was natural to me. But, being a Latin American country, there wasn’t much support for sports, so we lived off sponsors”. Later, a crucial twist would introduce her to free diving (or apnoea diving), the sporting discipline that would now define her, and she would later do a Master’s in Digital Marketing and e-Commerce.

Her deep dive with apnoea

Much knowledge is needed about personal safety and physiology. Free divers without training risk injuring their ears, nasal passage and lungs and may also faint. That’s why training must be constant in order to improve their abilities and avoid higher risks. “It has different sides to it: there’s a recreational side, a technical part and then there’s the competitive aspect.”

María Antonia used to work for Panama’s Chamber of Commerce when she officially started free diving in 2017. “I was the subdirector of the Film Commission and I used to travel a lot. It was a job that presented me with a lot of opportunities for networking”. However, her final decision to stay in Panama —the place she considers home— instead of going abroad and continuing to pursue her academic studies, was what linked her to the sport in which today she’s a professional. “I decided to stay and do courses on diving and apnoea instead of doing a Master’s in the UK or Spain, which were the best options I had at the time”.

Somewhere between Malaysia, the Philippines and Indonesia, she completed her training on apnoea diving and formalised a major change in her life. That experience gave her the determination to leave behind her life in the office of the Chamber of Commerce: “I felt like my life had a purpose that exceeded money and the four walls of the office”.

That purpose came together with María Antonia’s life philosophy, who had discovered some years before that she had a purely competitive spirit. “Everything I’ve always done had a purpose; and it was the same with apnoea diving. That’s why I entered the most competitive version of this sport. I’ve always felt curious to explore the limits of my body and mind”. But she reminds us that, even if its done in a recreational way, it’s still a great way to connect with yourself and the ocean.

María Antonia faced the challenge of breaking her own personal mark in order to become a diving instructor.

She managed to hold her breath underwater for 4 minutes and 10 seconds, her current personal record, which gave her the confidence to face every personal challenge that has come her way.

“The greatest challenge in this sport is being able to be silent, control your mind, relax and disconnect from your reality outside the water. These abilities are as helpful for apnoea diving as they are for the professional world, especially for the world of business”. María Antonia is a clear example of how a sport can have a healing effect and teach us so much, not just physically, but in other aspects that transcend the strictly sporting aspect and permeate the world of work.

As a matter of fact, nowadays, María Antonia works in a free diving company and claims that both the CEO of the company as well as the rest of the team are all aware of how the values you learn through apnoea as a sport permeate their work in their day to day.

“The key is staying positive. You want your brain to sink into that positive feeling each time you dive. It’s just breathing and letting go. It’s very important to understand the connection between breathing, the body and the mind and to be able to recognise each feeling you experience”. Having that connection allows you to identify what happens to you, also when you’re outside the water.

Her love for the sea. Restarting life.

“Apnoea diving changed my life… and always for the better. I couldn’t see myself working from 8 to 17hs now”. However, what she enjoys the most is the community that’s built around the sporting discipline.

From here, from her words and from all that she has learned, she sends a message to all of those who, deep down, want to face new challenges: “Take the chance. If you want to try something, go for it”.

María Antonia currently holds the title of National Champion of Competitive Apnoea Diving, imposing records in competition in 2018 and 2019.

“Taking part in apnoea competitions in Indonesia lifted my spirit and took me out of a dark place. With each dive, I felt I was being restored and putting back together the pieces that were scattered. It helped me rebuild trust in myself”.

A collaborative article between Start Today and Women Initiative

Diversity and Equality in the Workplace