How will coronavirus affect the holiday budget and consumption?

“The impact of coronavirus on consumers’ mood, habits and consumption”

The outbreak of Covid-19 has plunged the world into a complex situation for which we are still trying to find the way forward. In view of this uncertain scenario, a number of researchers and lecturers have put their tools into action to develop studies that shine a spotlight on what is happening and, in particular, what will happen after the lockdown. One such professional is Pablo Contreras, a lecturer on EAE’s MBA, who has recently published a study entitled “The impact of coronavirus on consumers’ mood, habits and consumption”.

Using digital research methods, Contreras and his team gathered data that is extremely interesting and useful for gaining an insight into coronavirus’s impact on society. To find out more, read the following interview. 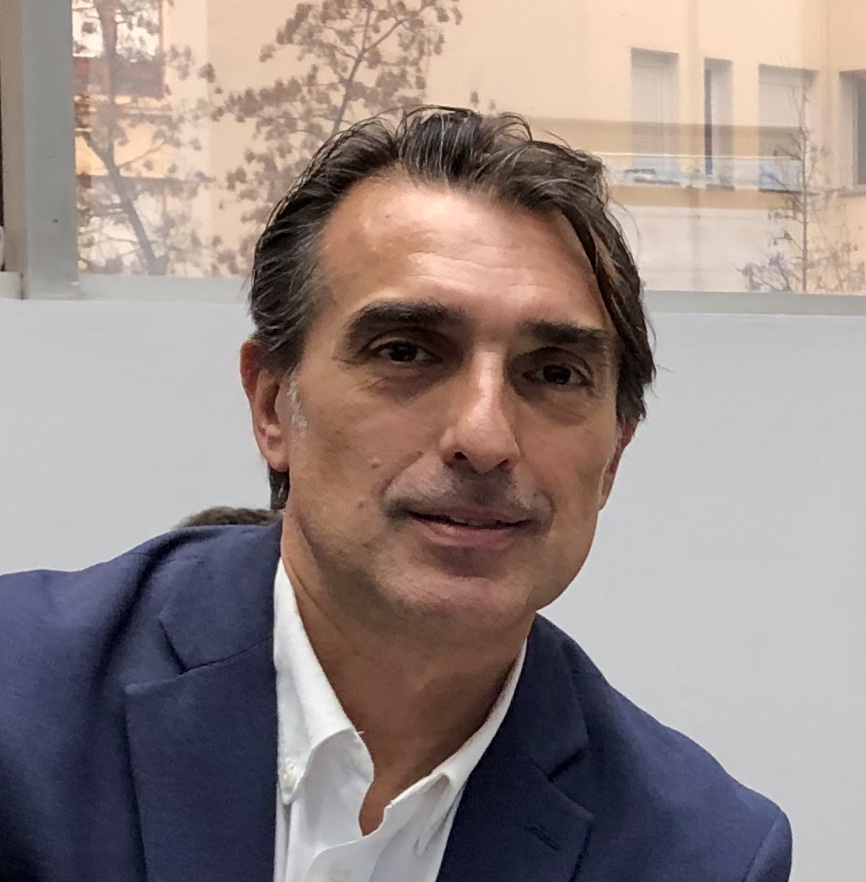 To sum up, what was involved in the study “The impact of coronavirus on consumers’ mood, habits and consumption”? How did you go about it?

The research addressed the concern that I shared with several other people with whom I discussed the matter in the early days of the lockdown with respect to the potential consequences of this period, such as changes in habits and the emergence of new consumer profiles and consumption methods. Having looked at the evidence, the extremely traumatic situation that we are experiencing, marked by such a sudden and abrupt change, is sure to have a great impact in the short term and may well generate new perspectives, new ways of seeing things and a new scenario in general. With this in mind, we came up with the idea of asking people directly in an attempt to gauge the mood and possible changes that may be taking place, bearing in mind that this we were at the start of the lockdown and would need to monitor the situation further down the line, with more days of lockdown under our belts.

The survey was designed and created on the Google Forms platform and was disseminated using social media and other digital channels. It went pretty viral, generating over 700 responses. I am a market research and marketing professional and I have always had to pay companies to carry out surveys but, on this occasion, the response was astounding. People were really keen to express their opinion, it seems.

How would you explain the relationship between the concepts of mood, habits and consumption?

Our mood is a clear conditioning factor of human behaviour at all levels: how we respond in different situations, how we make decisions, how we think. As such, in my opinion, identifying the mood and trying to measure it is essential. We are being subjected to a bombardment of news, predominantly bad, but some that give us a ray of hope, such as the admirable way in which most people are responding to this situation. Moreover, it doesn’t affect us all in the same way, obviously.

A habit is a certain behaviour that is repeated in response to a particular situation. We are clearly very conditioned by the situation, so we have to change or adapt our behaviours. According to Habit Theory, we have to repeat a certain behaviour for at least three weeks for it to become a habit. As we will surely be in lockdown for more than three weeks, it seems logical to conclude that new behaviours will arise influenced by new moods, which may give rise to new habits that constitute a new consumer, who may change their product preferences, the way they make decisions, their decision criteria, etc. It is something that we have seen in the research that may happen, and we will have to see further down the line if it actually occurs. 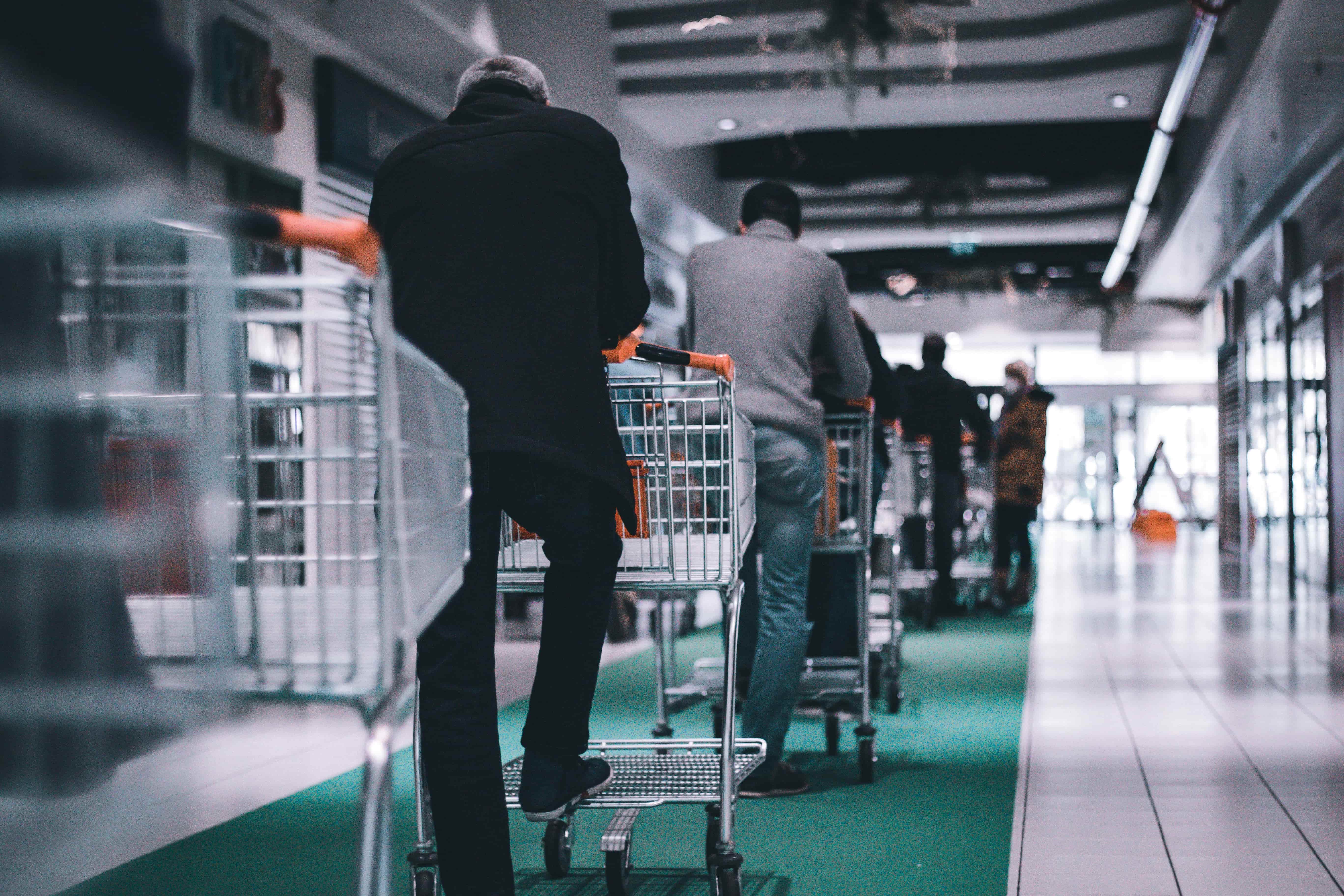 In relation to the results obtained, what is outlook for consumption in terms of the impact of coronavirus?

There are different aspects to consider. First of all, the large majority of the people surveyed think that they will end up poorer as a result of this situation and that, as a consequence, they will reduce their consumption. This reduction will be at a general level but also especially with respect to non-essential items. Extra value will be attributed to products or services that we not previously valued so highly. The essential will be valued more highly. Some products and services will be more affected that others, such as tourism and premium goods.

Sport and healthy eating will be affected to a lesser extent, suggesting that they are increasingly considered to fall into the essential category. It seems clear that we are becoming more careful with our spending, paying closer attention to price and shopping more rationally. It also seems that we will be shopping online more and will attribute greater value to all things related to safety and hygiene. But these trends are just gathering pace now, so we will have to verify them with more research further down the line.

One feeling that prevails strongly in the study is uncertainty, which is very widespread. As we know, greater uncertainty means less spending. We put off large or less important purchases and impulse buys.

Many people think that holidays are one of the areas where they will have to tighten their belts, because it is not clear what we will be able to do, among other factors. At this stage of the
research, it is not possible to determine whether the reduced budget means that people won’t take holidays, will take shorter or less luxurious breaks, or will opt for national rather than international destinations. This will be the focus of the next stage of the research that we want to carry out soon.

With respect to spending on sports in general, the research seems to show that this concept is considered important, both in terms of events and taking part directly. We aim to quantify these points more accurately in the next stage, a, as mentioned.

Let’s talk about people’s mood. According to the results obtained, what is the predominant mood? What impact will it have on the economy?

The prevailing mood is uncertainty, which is reported by 64% of the people surveyed, far higher than sadness or insecurity. This is indicative of not knowing what the future holds, which triggers the alarm mechanisms and prevention responses that have been so widely studied in neuroscience. We tend to keep hold of what we have in case we need it in the future. In other words, we save our money, with the clear impact this has on consumption, which will drop, as the study suggests. On top of this, if we add the avalanche of news about the brutal impact of the crisis on the economy, this uncertainty may turn into fear, which we have tried to ascertain. Obviously, none of this stimulates consumption, in fact, just the contrary. Logically, we will see an increase in the saving rate over the coming months.

There is an interesting paradox in the results: 64% of people report a feeling of uncertainty, while almost 50% of the people surveyed say that they feel upbeat. What conclusions can you draw from this statistic?

They are different moods. Feeling upbeat or cheerful is related to resilience and the feeling of being accompanied or reassured. It also has something to do with a feature of the Spanish character that defines us. Moreover, we may feel uncertain but, as we have been through a significant economic crisis quite recently that has hardened us to a certain extent, we have become more resistant. Indeed, the fact that younger people feel sadder and less upbeat than older people fits well with this explanation. The longer you have lived, the better equipped you are to deal with this kind of situation”. However, this doesn’t stop you feeling uncertain about the future. We have to remember that uncertainty has a great rational component than whether or not you feel cheerful.

Lastly, how do you see the situation at the end of the year in terms of consumption, mood and habits?

It is hard to say and it obviously depends on the health solutions found for the problem. Reliable institutions are talking about drops in the GDP on a scale that we haven’t seen for decades. This is all based on a scenario in which there is not a definitive solution to the health problem for at least a year. Until we have this health solution, in the form of an effective antiviral treatment or vaccine, the virus’s sword of Damocles will hang over the economy and also over consumers’ mood and habits. We will be more cautious in terms of social distancing. We will work and shop differently. The services that require space to be shared by lots of people will be seriously affected.

The changes will be significant and will affect the way that we interact with each other, which is sure to have an impact on our mood. We will see how resilient we are and how we adapt to this situation. I am an optimist by nature, so I expect to see the recovery as we adapt the new scenario. Perhaps changes that many of us think are necessary will happen once and for all. Whatever happens, it will be hard but exciting.

Meet the student on EAE’s Bachelor Degree in Business Administration and Management who, at just 21 years old, has already headed 3 business ventures

Our students are our greatest advocates: discover the progress they have made after their time at the School