Inside the Mind of María Murnau (The Illustrating Feminist)

“When art, understood as a form of expression, leaves ideas aside, it becomes a commodity product of no value”

Sometimes, words aren’t enough to transmit the emotions, feelings or ideas that we want to manifest. With this problem in her hands and with creativity as her solution, today’s protagonist introduced herself to the world. . 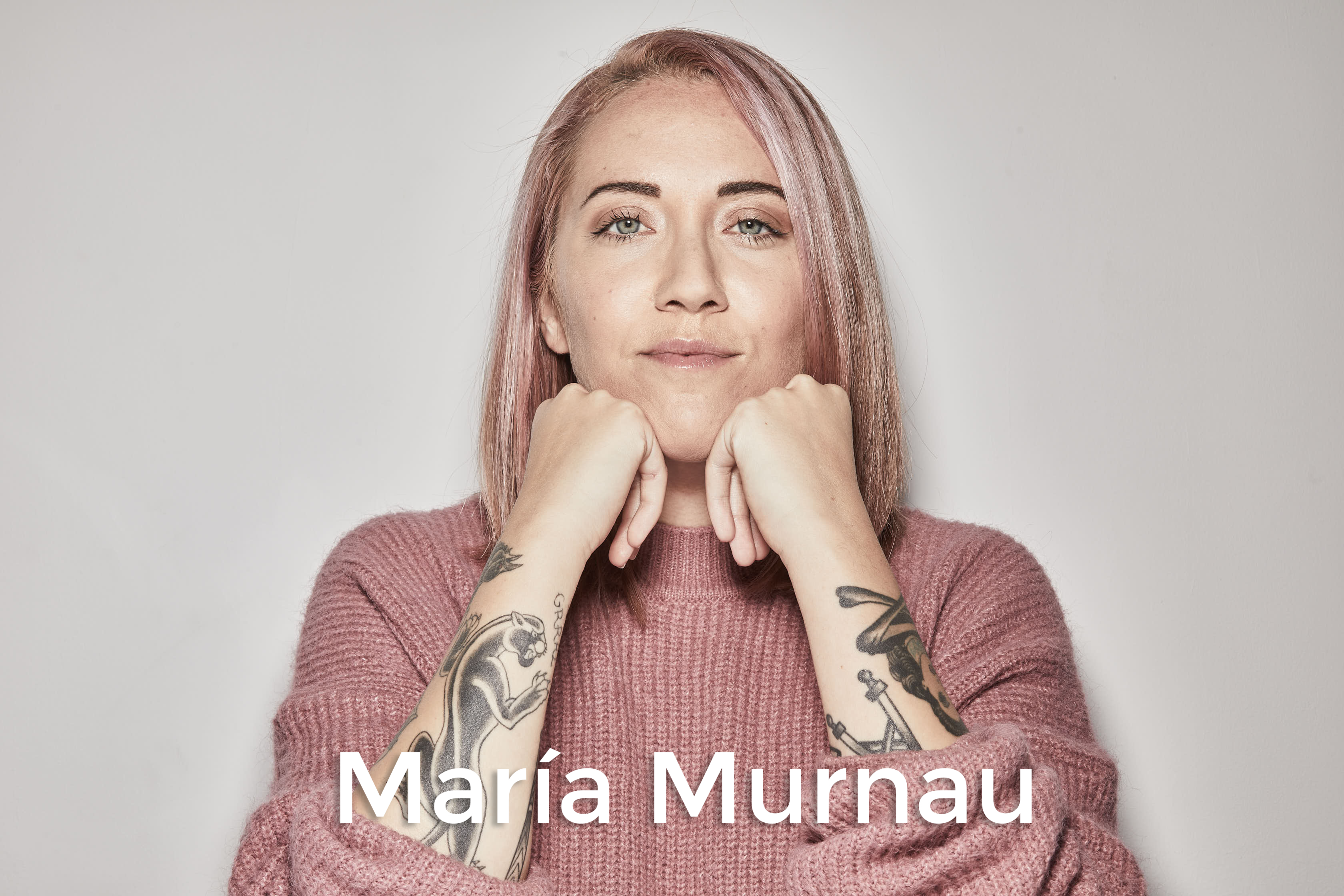 Writer, communicator, illustrator, influencer, Bachelor in Audiovisual Communication with a Master in Gender and currently doing EAE’s Master in Customer Experience and Innovation. María Murnau can be described as many things, but only one? That’s hard.

María always knew about the importance of feminism, but there are two key moments in her life that woke something up in her and pushed her to take action and create @feministailustrada (The Illustrating Feminist): It was a protest by the activist group, Femen, and a course on Communication for Equality. Our protagonist, as many others, always knew that these were two key elements to succeed in anything we put our minds to: observation and training. 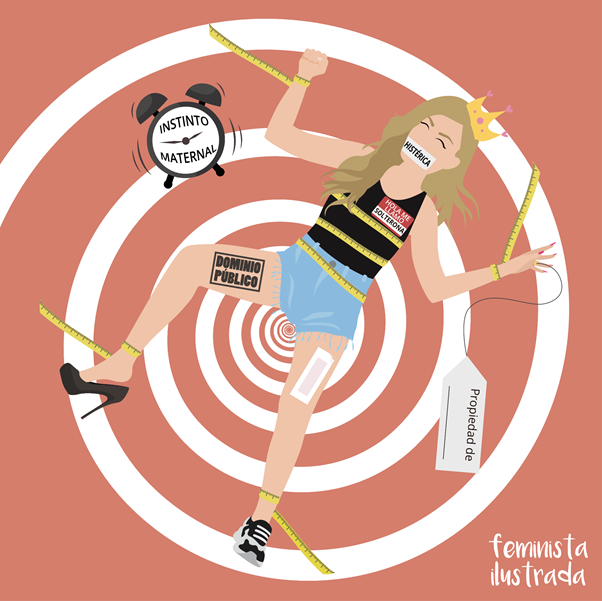 The Illustrating Feminist spreads the feminist message and exposes the most common day-to-day sexist behaviours. A message of great importance for society, told in a quite unique way: with illustrations, humor and sarcasm. María knew that this was the best way to reach as many people as it was possible — and so it happened. Her social networks have already reached the 700 thousand followers mark. This kind of exposure has allowed María to become an important activist and to share her message and creativity in many other fields, such as in writing. María Murnau is the author of The Illustrating Feminist, A Rebel’s Diary, I Can’t Live Without Myself, and A Guide to Burning Down Paradise. 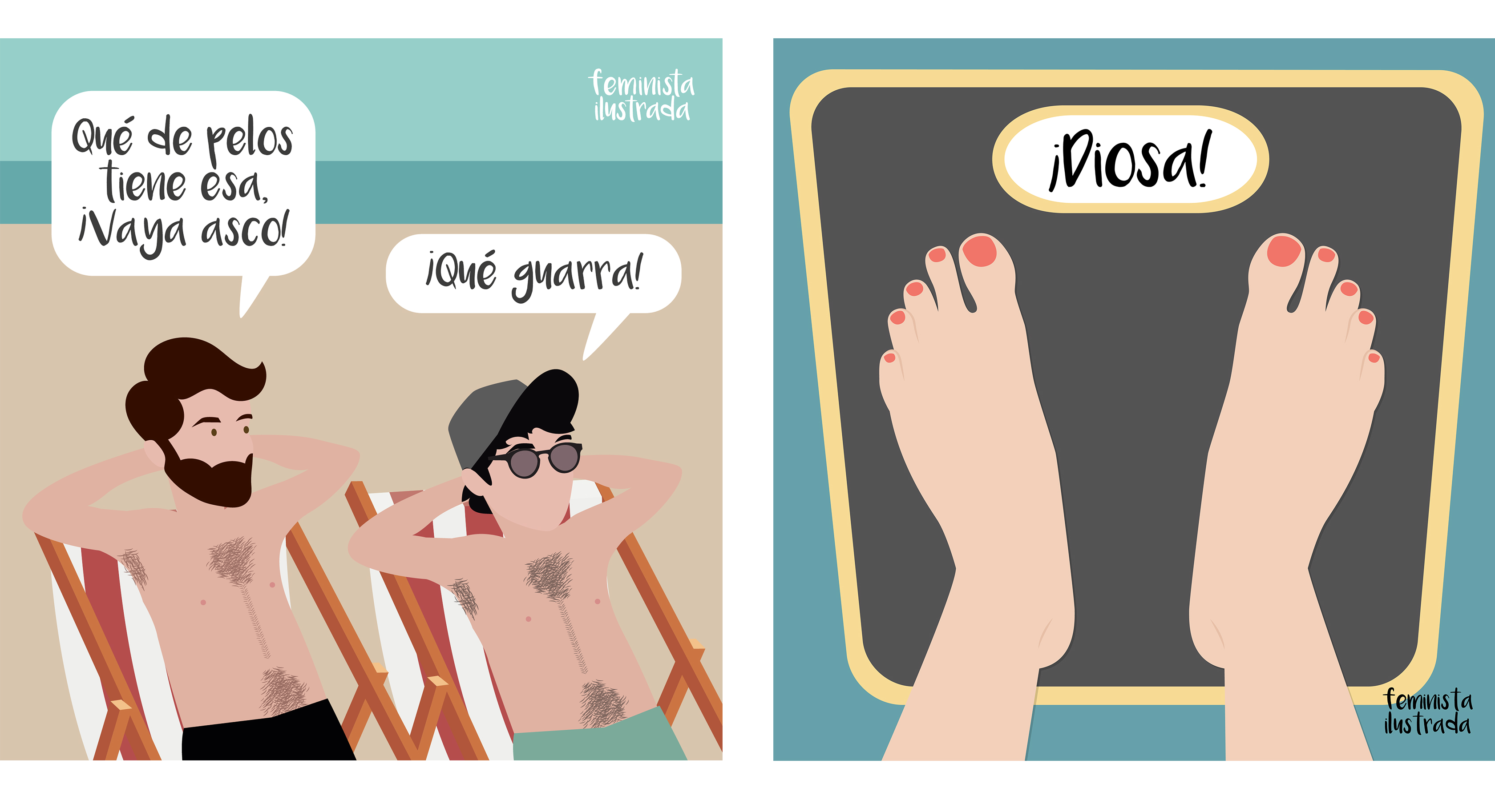 Her work and message have crossed international borders and so did the request for collaborations. Murnau has executed and designed campaigns on gender equality for Cambridge University Press, Chile’s Gender Observatory, The Social Democratic Group of the European Parliament, New York’s Cervantes Institute and Plan Internacional, among many others. Collaborations she still carries out nowadays while she creates spaces for dialogue and educates society towards a less sexist environment. 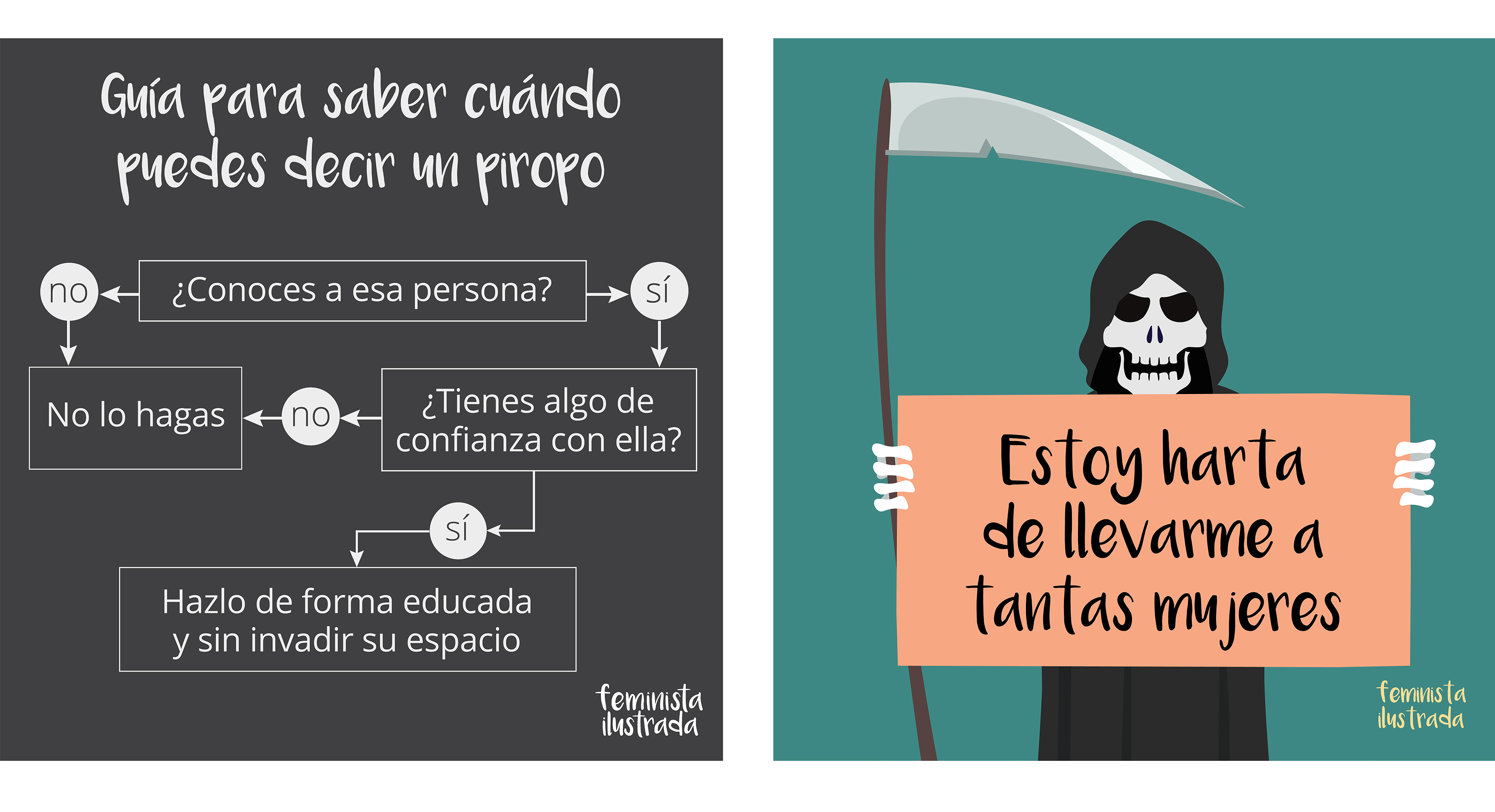 But, how did she think about addressing such an important subject in such a unique way? What was going on in her mind? How does she manage to pour creativity on everything she sets her mind to? Today, we delve into her wonderful mind to find out:

1. What drove you to express your creativity up to the point that you had thousands of followers

Ever since I was a little girl I’ve had the need to express myself, whether it was through drawings, music, writing… it’s just a part of who I am. The Illustrating Feminist was a project I used in order to get things out of my chest (in that moment, it was about discovering feminism in depth) and, thanks to my training in communication, I was able to shape it in such a way that it could work in social networks. Ever since I took that first step, it’s been a constant effort, but I'm glad to do it. Not because it’s such a personal project, but because it gives me great satisfaction to be putting good things out in the world.

2. Ideas grow and creativity expands when we see other creations. So, who’d you say are your mentors or your biggest influences?

I wouldn’t know who to say because I don’t follow authors as such. I like to do my analysis in a broader way: how this or that person was affected by the context or what a particular work meant for a generation, which language the young people of the Generation X used, how that story was told, which elements have left a mark and came back from each era… I like to reflect on all of this when I find a work of art or an artist that I like and search for its equivalent in those other times.

3. How important is it for you that your creations carry a message?

It’s what gives meaning to my projects. I wouldn’t create something devoid of values in favour of an aesthetic or a striking content. I think that, when art (cinema, illustration, literature… every form of art), understood as a form of expression, leaves ideas aside, it becomes a commodity product of no value for our culture. I understand the need to create new aesthetics, narratives and formats but, what are we putting out in the world if not ideas?

4. As a writer, what’s your creative process like? Do you have any characteristic traits for this process?

I think that the most difficult part is creating the concept and shaping it in your head. Once you have that structure, the rest falls into place. I have many quirks when I write: I write at a very specific time and for a specific minimum amount of hours; I don’t let anyone see it; I write an outline and develop each point as I go. In this aspect I’m very methodic, but it changes depending on the book I’m working on: writing poetry is not the same as illustrating a comic book. What they do all have in common is that, whenever I’m working on them, they absorb me. 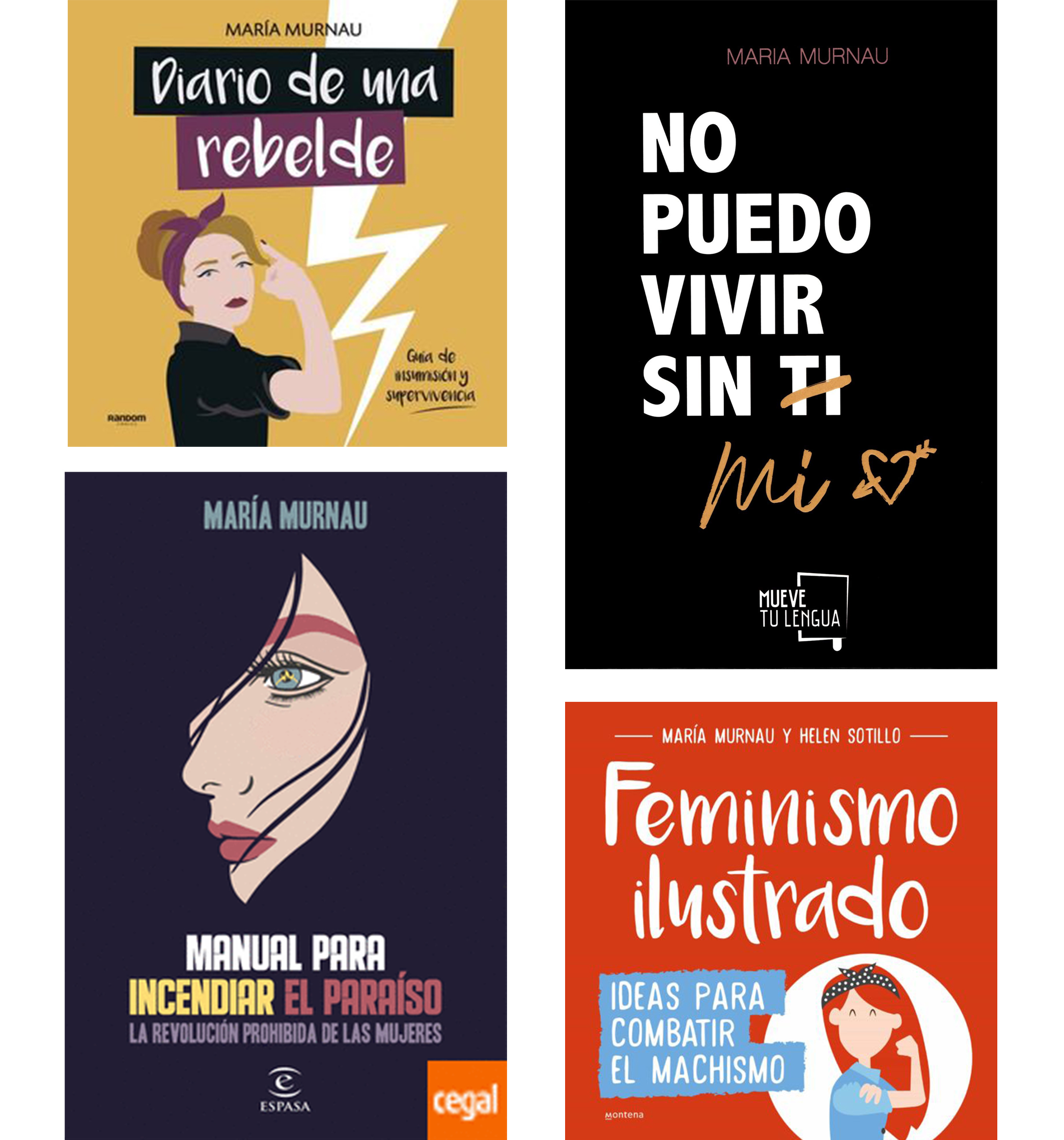 5. As an illustrator, how do your ideas come to mind? Are you ‘Team Spontaneous’ or ‘Team Methodical’?

I collect ideas as they come to my mind, but I’ve rarely sat down and intentionally thought about them. But, when a project requires such actions —as for example a campaign on a specific subject for an NGO—, what I do is ask myself: “How would I have liked to have been told this?” or “What went wrong with all the other times that this message was presented and didn’t come through?”

I’m more inclined towards Team Spontaneous but, when there are deadlines, there isn’t much choice.

6. When did you realise that getting the message through using illustrations was easier for you? Which benefits does it bring as opposed to other means of communication?

Each format allows you to go deeper into a subject in their own way. Illustration is perfect to plant the seed and to get each person to do their own work. I think it’s useful as it makes people think and not just repeat a message without having absorbed its meaning.

Until not long ago, I used to be a very shy and insecure person and it was hard for me to talk about what was on my mind. In fact, it took me several years to reveal my identity in The Illustrating Feminist. Using the vehicle of illustrations made it easier for me.

On the other hand, I think that when it comes to social matters, there are works such as illustrations, articles or documentaries —specific, for a certain period, that don’t last in time— that delve into those subjects. In fact, until recently, there weren't any ‘visual channels’ (in any medium) that addressed these subjects. 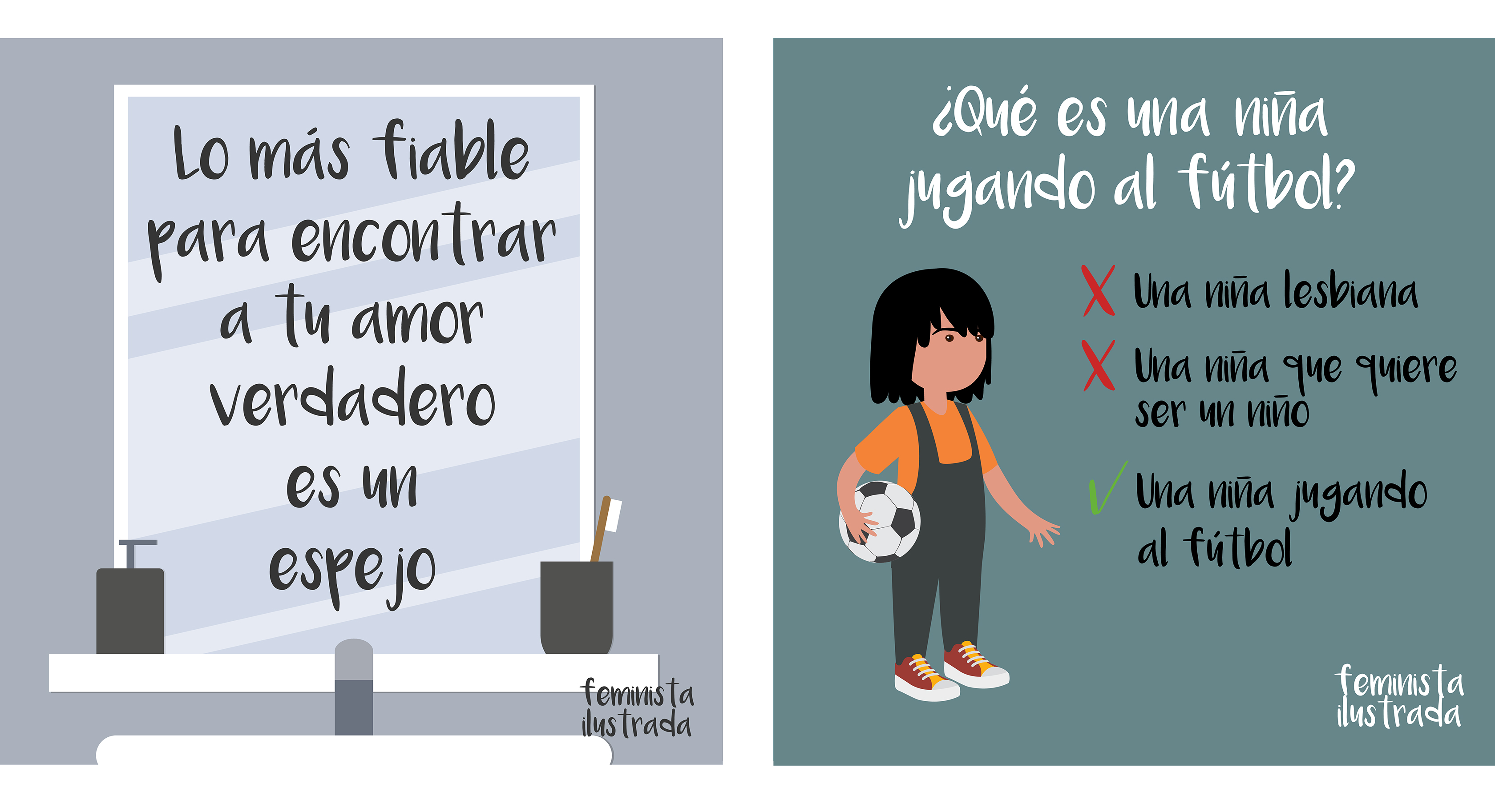 7. Learning that Can Help Us.

There are many variables around us that we can’t control; what we can do is to put in the effort. But this effort won’t have any results if we don’t know where to put it. I see a lot of people that work really hard but in the wrong direction. That period for reflection is worth it, because it will make us make the most of our energy.

Article written in collaboration with:

How to Turn a Group into a Team