TEDxEAEBusinessSchool: Camila Chacón and her strategy for controlling fear

According to the RAE, fear is the apprehension or unease that the opposite to want we want is happening. In this age of uncertainty and instability, this feeling has become a constant feature throughout society. So, how can we control fear so that it does not limit us and we are able to move forward? With the aim of answering this question, the TEDxEAEBusinessSchool event brought together a group of professional experts, each of whom discussed fear based on their own experience, and outlined a path to overcome it.

One of the most interesting and thought-provoking speakers to take part in the recent TEDxEAEBusinessSchool event was María Camila Chacón, , and expert on communication strategies, whose presentation was entitled “No more messages! Tell me a good story to save the planet”.

In around 15 minutes, Chacón immersed us in an enlightening journey through fear in childhood, the different layers of the brain and, most importantly, her strategy for overcoming it. Would you like to know what it is? Let’s find out! 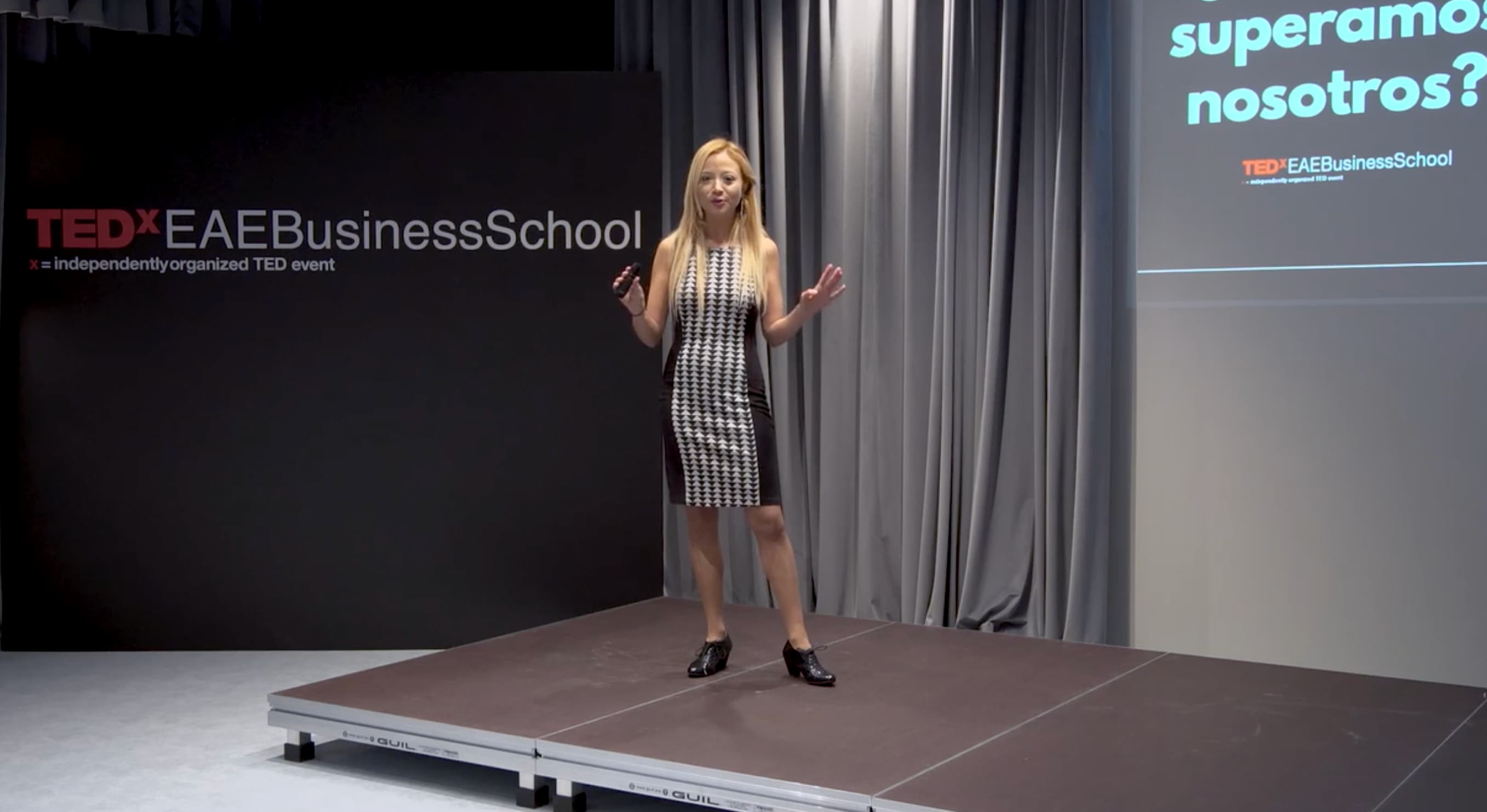 “In her introduction, Chacón explained that “when we are young, they put a lot of different ideas in our heads. One of these is that we should not be scared. But isn’t fear as natural as feeling hunger or cold? We shouldn’t run away from fear, but rather strive to understand it”. To do so, the expert presented what she refers to as the three 3 brains:

This layer of the brain develops in the first few years of life. “When we are babies, we are dependent in order to survive”, explained Chacón. “Our instincts drive us towards survival and so we see our parents as providers of everything we need to survive”.

The limbic brain develops between the ages of 4 and 6 years old. In this period, we generate emotional bonds and start to have memories related to affection.

“This brain enables us to remember through all five senses: the small of grandma’s house, the taste of our mother’s soup, etc.”, explained Camila.

Lastly, between 6 and 9 years old, humans generate what is known as the neocortex. No other animal has this layer, so it is one of the systems that distinguishes us as humans. What happens in this brain? “It is paradoxical”, explained Camila. “This is where we process the rational part, such as language, but also the part that generates social embarrassment and emotional dependency on others”, she added. 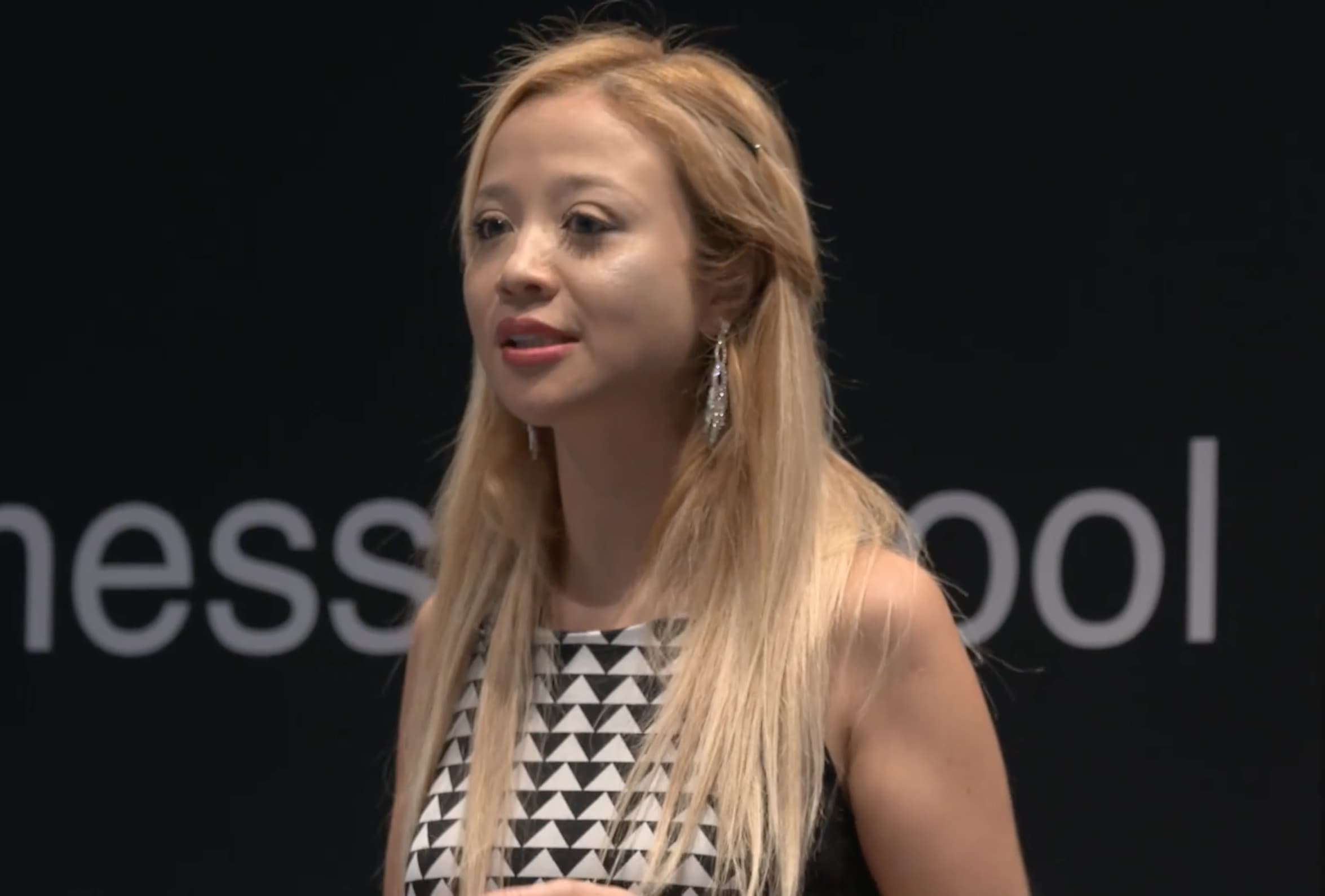 During these years, we start to judge and be judged, so it is often said to be the period in which fear begins. “Here, we begin to act in response to what other people might say and we start feeling fear with respect to starting new projects, failure, being different from the person next to us”, explained Camila.

According to experts, the neocortex is getting increasingly bigger, which means that we increasingly need more approval. As an example, Chacón mentioned the evolution of the length of service in jobs. For instance, baby boomers (born between the 1940s and 1960s) spent between 20 and 30 years in the same job. In contrast, Generation X spend an average of 10 years, and millennials, between just 3 and 5 years. Last but not least, centennials (people being born now) will spend a maximum of 8 months in a job.

Why is this happening? Because we have an increasing level of fear and we need more motivation and more approval.

How can we control fear?

“The idea is to face the fear and say ‘Hello fear, I am Camila. I acknowledge and respect you, but take my hand and lets walk together through this adventure called life”, she explained enthusiastically.

How can we overcome it ourselves? 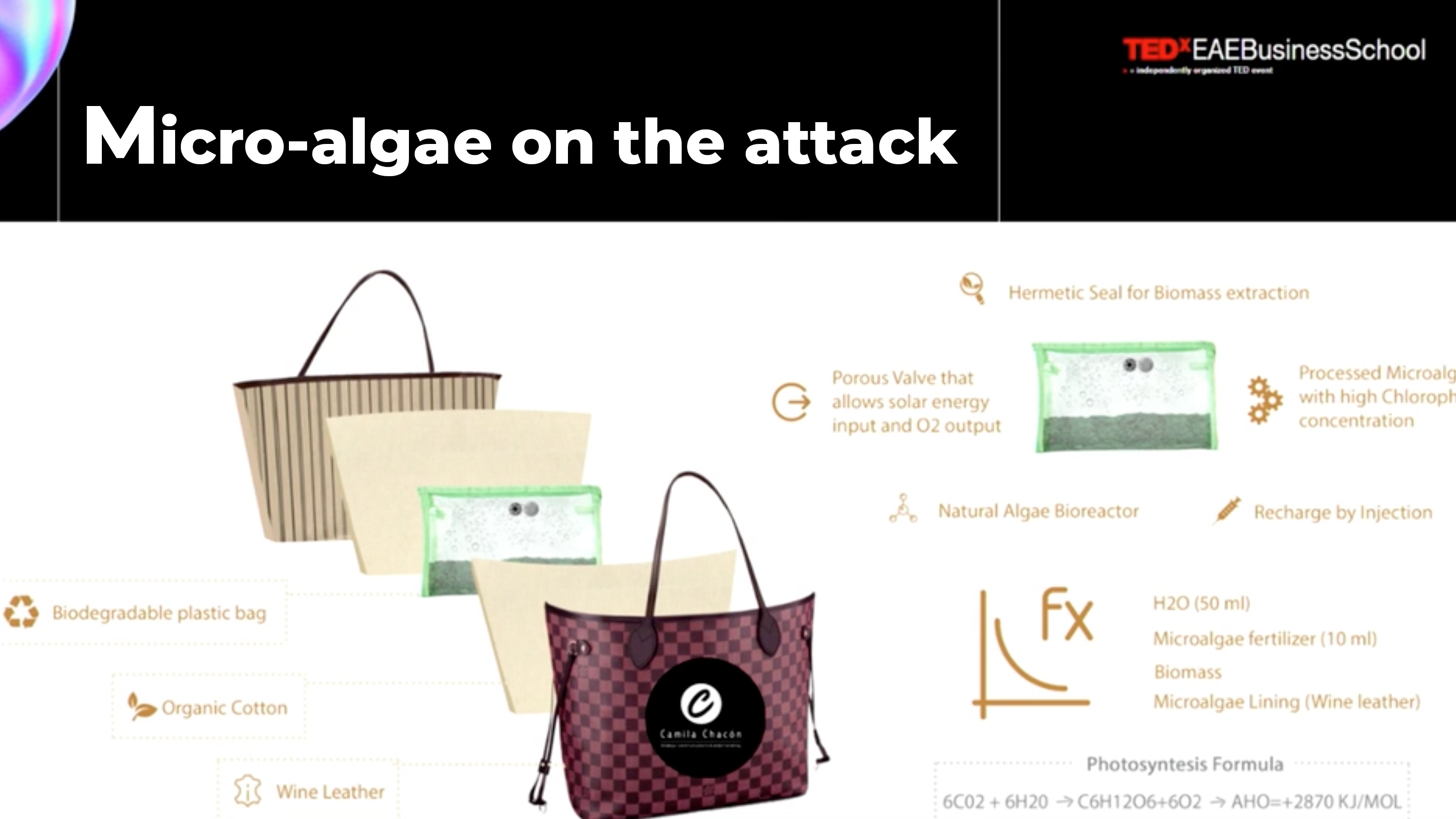 In the last few minutes of the presentation, the expert focused on the entrepreneurial venture that enabled her and some of her classmates at EAE Business School overcome their fears and help to build a more sustainable world.

“We met up in Barcelona at a competition to create a service that would help to build a better world”, explained Camila. “So, we created the first ever handbag that could transform carbon dioxide into oxygen”.

“Rather than designing technology, we had to develop a sustainable world, which is what we achieved”, she added. “With the help of marine microalgae (super-efficient agents for the process of photosynthesis),we created a product, a handbag, which, every month, transforms 3% of the carbon dioxide that we produce and pollute through our everyday activities into oxygen”.

Camila concluded by emphasizing that fear will always be with us, but it is up to us what we do with it!

Joaquín Azcue, Associate Dean of EAE, takes part in the Eduniversal World Convention to highlight the opportunities available to business schools in times of Covid-19

Which profiles are in the highest demand in today’s finance sector?