Protocol, a tool that helps you set yourself apart

Protocol is still essential in our relationships, both for companies and public institutions

The age of digitization and social changes have modified the way in which we interact, but protocol remains a key factor in forging the path forward for professionals in multinational companies and public institutions to achieve success, whether it be at a large political summit or in our day-to-day relations with our clients. We discussed this issues with Ignacio Llorente, the Director de Communication at the Centre for Industrial Technological Development, who took the Online Master in Reputation & Community Management in 2012, and Andrea Strocen, a Senior Account Executive at Edelman and graduate of the Master in Communication Company Management in 2015.

Protocol is still essential in our relationships, both for companies and public institutions. Having a clear idea of the rules makes all the difference in social, business or institutional meetings. It is the small step that separates success from failure. However, society has changed and protocol has adapted to these new times. What are the key features of protocol nowadays? In what situations should we apply it and when is it necessary?

What do we mean by the term protocol?

Andrea Strocen: El Protocol is a set of rules established by regulation or custom, used in personal relations. We could define it as guidelines for knowing what to do and how to act in different situations.

Ignacio Llorente: The term protocol can be a bit confusing because, in practice, it is used as an umbrella term that covers not only the individual concept of ceremonial diplomatic step-by-step rules established by regulation or custom, but it also encompasses the ceremonial, formalities that must be observed at formal public events, in terms of uses and customs, etiquette, dress code in the presence of royalty, which is sometimes tricky, with honours, habits of courtesy, heraldry and vexillology, terms of address, etc

At which times and in which situations should protocol be used?

Ignacio Llorente: The goal is to provide a framework of order and structure within which you can conduct activities in an orderly way in line with a pre-established model in which the elements involved proceed in accordance with a script. In both the official sphere and the business and private sectors, protocol should be applied universally whenever more than one agent is involved.

Official protocol is perfectly regulated by legislation and complemented by a large body of unwritten customs that are accepted as standard in the institutional sphere and are generally compatibles with the customs of the international community. Moreover, protocol in the sense of all of each organization’s own procedures and customs with respect to reputation, external communication, branding and corporate relations should also be applied in any area that has an external impact within the company’s interactions. 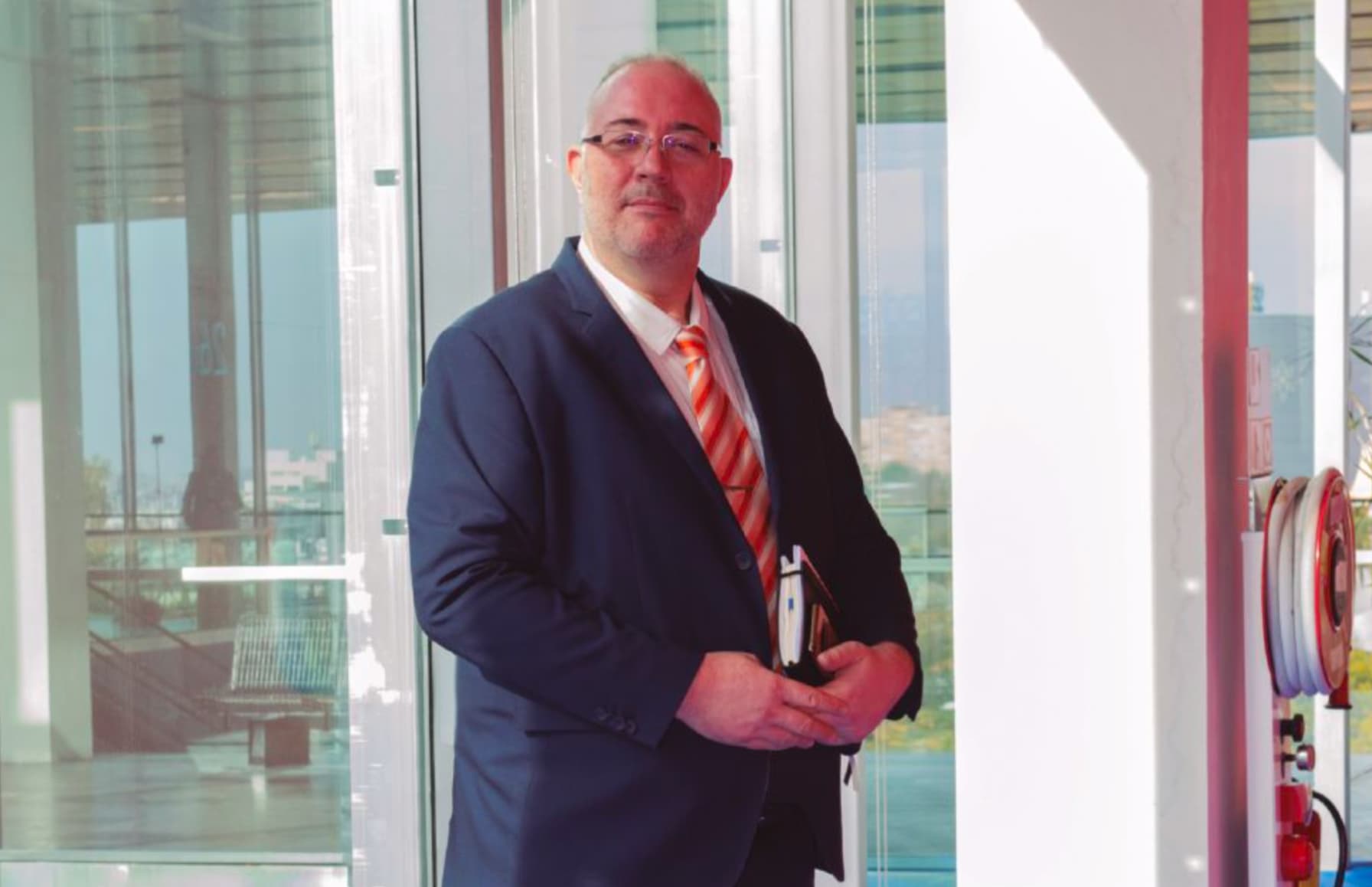 Ignacio Llorente is Director de Communication at the Centre for Industrial Technological Development. He took the Master in Reputation & Community Management in 2012

What form should protocol take in companies and how has it evolved?

Ignacio Llorente: It is a complex discipline that, by extension, has assimilated everything related to events organization in the popular sphere. With Spain accessing international scenarios, economic growth and the evolution and modernization of Spanish companies, protocol started to be called for suddenly outside of the official realm, which was its natural setting. Without really understanding what was involved, companies believed that it was the very latest trend, which generated great value in terms of reputation, but which nowadays we refer to generically as branding.

Therefore, protocol in companies, which by nature are private, is not conducive to definition or standardization, which led to a sudden surge in frantic competition in terms of a diverse range of courses, books, associations, congresses and events. In fact, just as is happening nowadays with activities such as coaching and media manipulation, it spread fast and, for a couple of decades, an almost industrial micro-sector was created beyond the official sphere. The obsession also reached as far as the streets, and there was a proliferation of types events protocol, wedding protocol, private function protocol, etc. Everybody wanted protocol, right down to dinner parties with friends on a Saturday night.

In reality, what we now refer to as business and private protocol amalgamates a diverse range of disciplines encompassed within the Communication Departments and Press Offices that involve image, public relations, external relations and international relations. Therefore, it is important to distinguish between official protocol, which is only applied in the diplomatic, institutional and military spheres or international relations, and business protocol, which adapts the idea to a broader concepts more focused on branding and reputation. 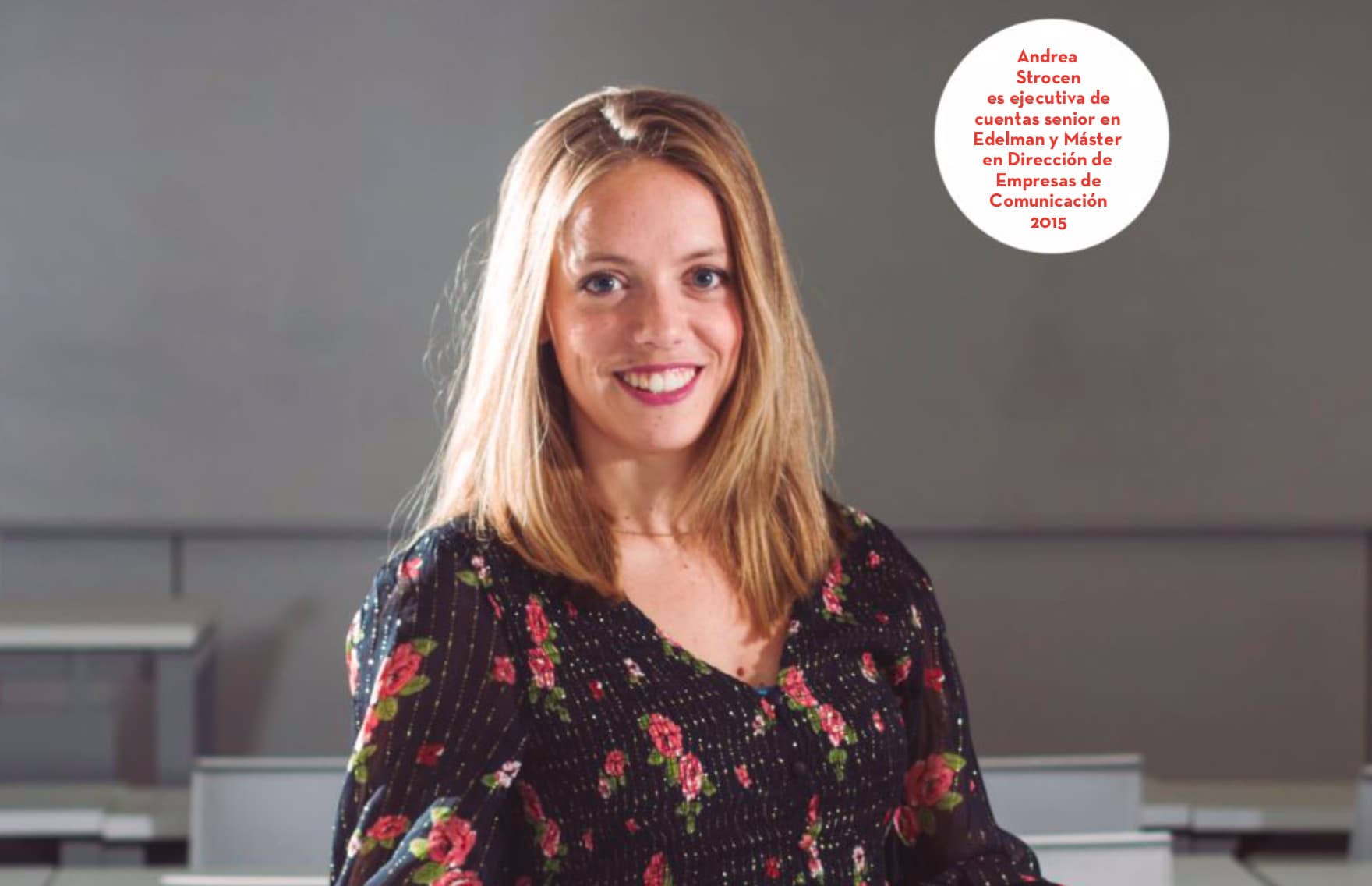 How strict should we be?

Andrea Strocen: The situation in which we find ourselves will set the degree of flexibility with respect to following protocol, as it is applied differently at an official event, based on rules stipulated by law, than in a business or social settings.

Ignacio Llorente: By definition, protocol involves order. As such, there is no room for improvization. Professional scripts, which, in my case, I like to call bibles, are usually the result of months of work and, the final format is set in stone, so to speak. However, it is important to be ready to react and able to deal with unforeseen circumstances. Unexpected changes such as a delayed flight might prevent an event being held as originally planned, so we always need a carefully designed and prepare plan B to replace the initial plan if it is critically affected in some way. There is no handbook to learn how to manage protocol effectively. It is just a matter of years of experience.

How has protocol evolved in recent years?

Andrea Strocen:Protocol has evolved in line with the evolution of the political, social and economic situation in the country. Nowadays, in a globalized in which companies cross borders and the regulations are more standardized, protocol is a tool that enables us to set ourselves apart within a competitive market.

Ignacio Llorente: Protocol is not a sphere in which innovation is particularly relevant. In general, things are still done in the same way they were 40 years ago. Rather than the backdrop, it is the way in which protocol is implemented and managed that has undergone a greater evolution. Years ago, when we worked by telephone and on paper, we had longer timescales and unforeseen circumstances were harder to manage because communications required longer.

Nowadays, the evolution of technology has led to a significant flexibilization in the management of many processes, while software for chatting, managing events, management and geolocation, among others, are tools that facilitate our work to a remarkable extent. We now need far less time for each project, so we can multiple our efficacy and productivity. This last factor is particularly important in a business setting. 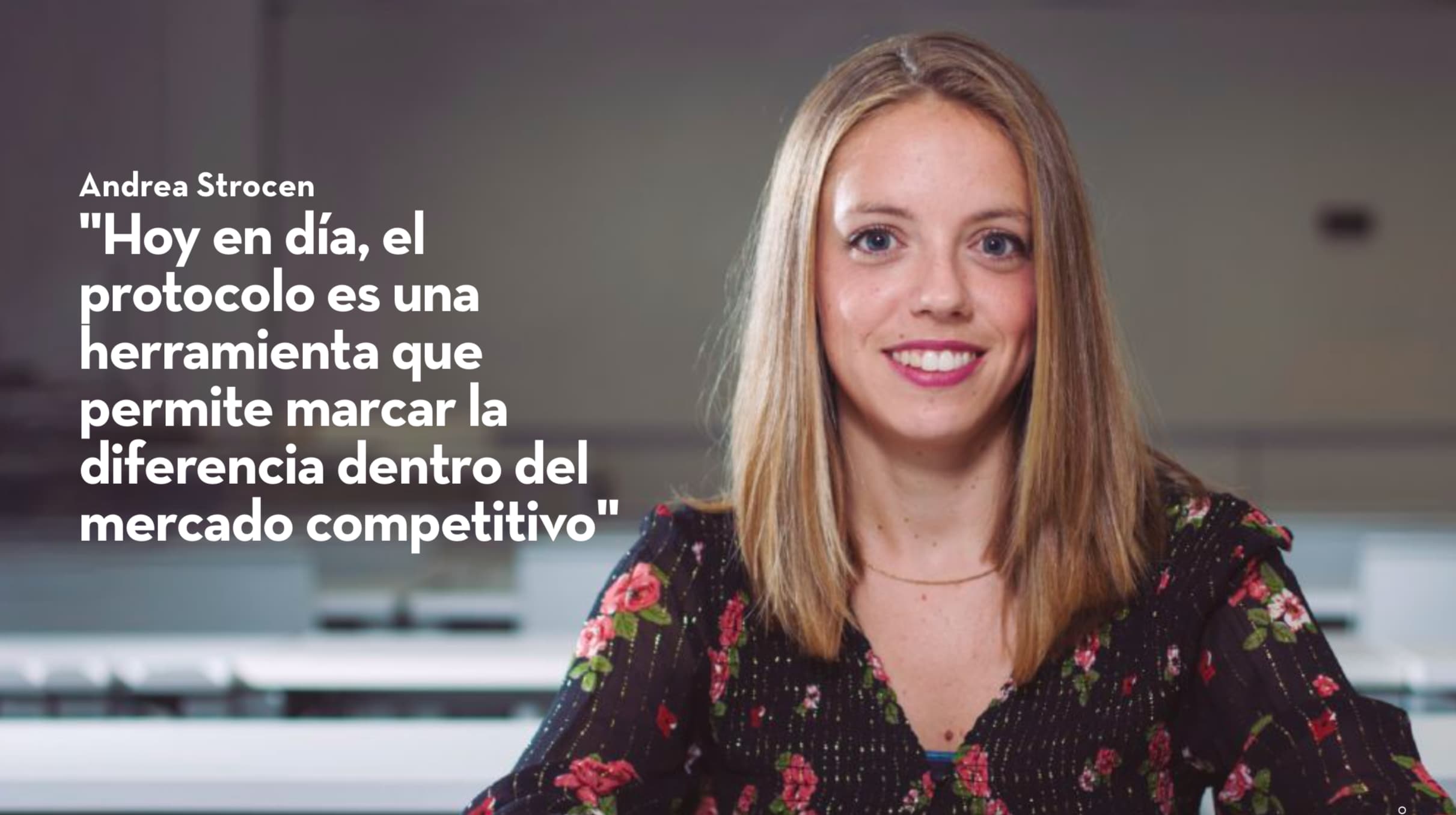 What are the key factors in applying protocol effectively?

Andrea Strocen: The crucial thing is to understand the situation that we find ourselves in so that we can apply the rules properly. Protocol is something that we put into practice throughout our lives and it is a demonstration of each person’s social etiquettes and good manners. Therefore, when faced with any situation, we have to know how to greet, speak and dress in both a formal and informal setting.

Ignacio Llorente: In the official spheres, the essential factor is to apply the legislation and age-old uses and customs meticulously. The fact that protocol is not often subject to innovations in terms of its contents means that learning it is incremental and gradual. The longer you specialize in protocol, the better your knowledge will be and the more effectively you will operate.

Before the internet, it was common to keep a folder of files with a little record of relevant information on positions and key figures, which was really useful not only for protocol, but also for being courteous and facilitating institutional relations. We kept information on their marital status, eating habits, known disputes and personal relationships. This information was real intelligence and was critical for conducting good protocol.

Nowadays, information is much more accessible and everything is managed more informally and intangibly. So, protocol is limited to the minimum strictly necessary to enable each participant in a protocolary event sticks to a script and plays their role comfortable. Luckily, most information about people is available just a mouse click away, on corporate websites, social profiles and digital mentions. We no longer have to carry out the research we used to, with days of work and dozens of phone calls. 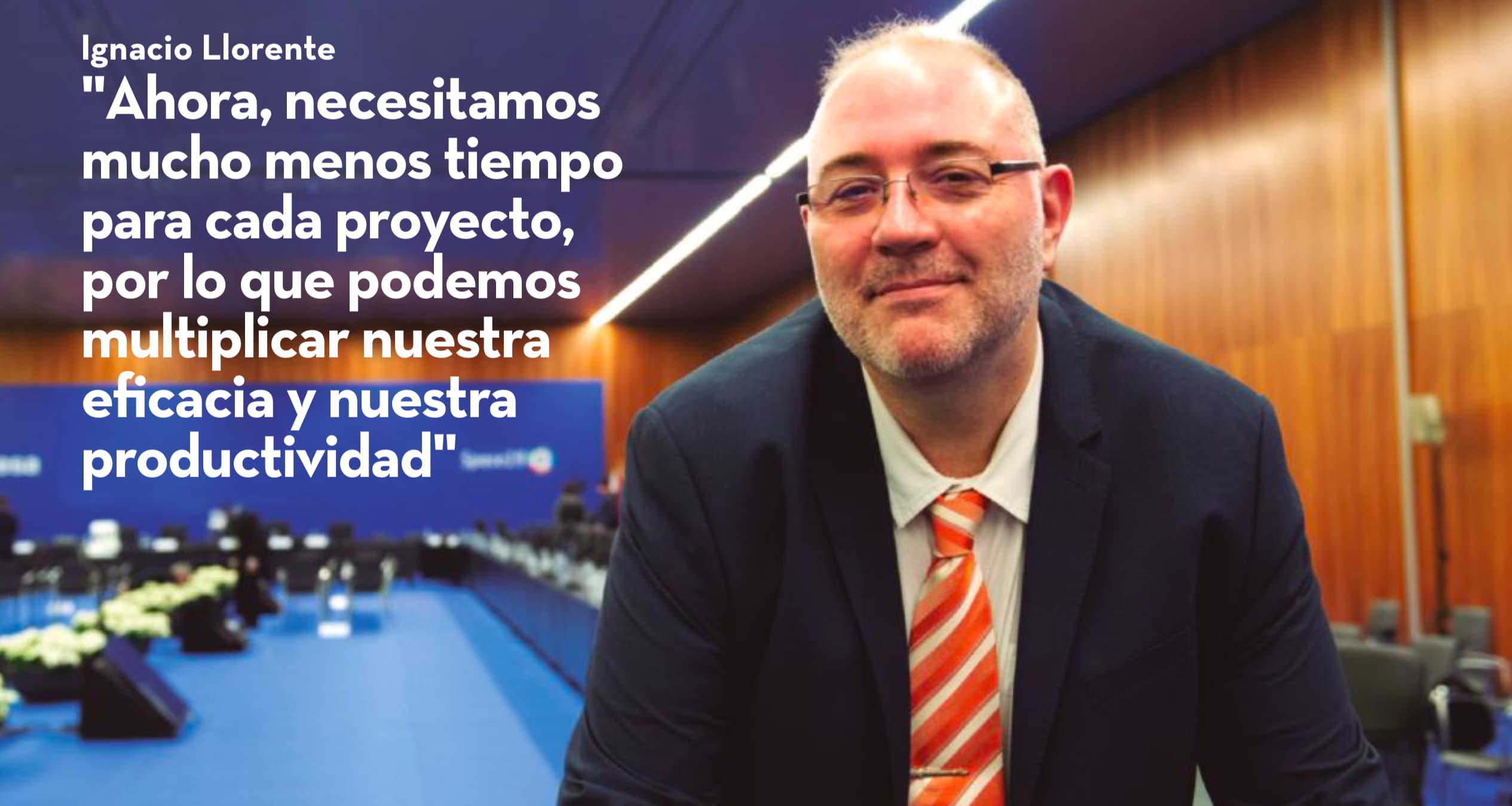 What are the most common mistakes?

Andrea Strocen: One of the most common errors is a lack of punctuality. In general, we could say that one of the most usual problems is to forego protocol because we see the rules as a burden when it comes to approaching social relations.

Ignacio Llorente: In the case of official protocol, the most critical error is not keeping informed about the latest applicable legislation. The creation of new ministries or a government reshuffle require an immediate modification of the order of precedence. Any outdated information automatically poses a risk in terms of reputation and institutional crisis. The second most important mistake is not contacting the protocol teams of the participating agents and the institutional venues holding an event. It is hard to know the particular characteristics of the entire national territory and the help of local protocol offices is indispensable for aspects such as security, permits, etc. Cooperation in official protocol is a basic requirement.

Do we need to take cultural differences into account?

Andrea Strocen: Of course, every country has its own set of uses and customs that we have to know and bear in mind when doing business. Protocol and etiquette vary greatly from one country to another. For instance, in countries like Germany, there is a strict protocol in meetings. In some places, such as the UK, to right way to greet somebody is to shake their hand, while in East Asian countries, a slight nod of the head is preferred.

In most Arabic countries, they do not work on Fridays or Saturdays. In Japan, business cards are exchanges with the hands and a slight bow. Knowing the culture and traditions of the market in which we are operating enables us to use protocol as a tool to interact correctly with our partners, clients or suppliers.

Ignacio Llorente: Absolutely. Knowing the culture and traditions of the place in which we are working let us use protocol as a tool to interact properly. In the case of countries outside the orbit of Europe, for example, cultural differences are far more evident, but this does not mean that we gave to copy customs that do not come naturally to us. Acting with discretion is enough, adopting a natural posture and showing simple gestures of respecting the other person’s culture. For their part, they should adopt a similar posture with respect to us.