“When we work together, creating teams and sharing our experience, we’re extraordinarily good” — Silvia Roldán, the first woman CEO of Metro de Madrid

The child that steps away from the usual path, the common preferences, the regular interests and the marked prototypes is destined to keep on growing and opening up new paths

Today’s protagonist has always loved maths, physics, chemistry and everything related to science. Her passion was so great that, as a child, she left dolls behind to start playing with her imagination and with Tentes —the Spanish version of Lego of the time—, building bridges and other structures.

This interest for infrastructures and her love for sciences led her to study industrial engineering, among other reasons, for the career's versatility and transversality. Some years later, with her brand new bachelor’s degree and during the time of the second era of high speed lines construction in Spain, she started to develop her career in the transportation sector —a sector marked by the lack of women— where she still works today.

“We’ve come a long way in the last 20 years. Currently, more and more women can be found in directing positions.”

We talked to Silvia Roldán, first woman CEO of Metro Madrid and our first guest at EAE’s Women in the Industries. 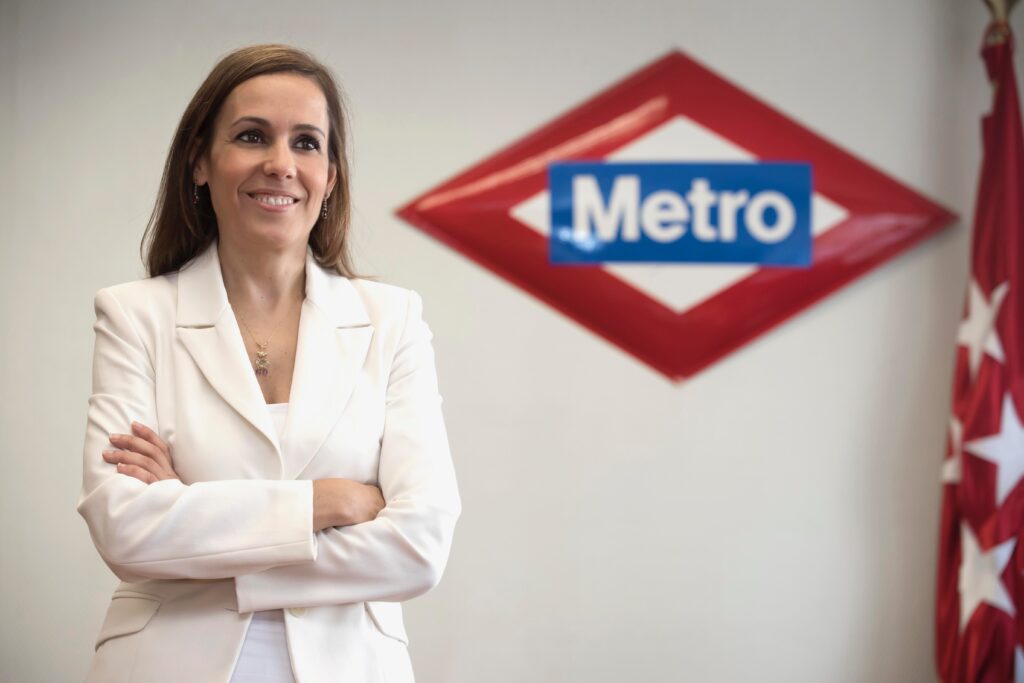 A Career Full of Challenges

Silvia arrived at Metro de Madrid in October 2019, with a growing user demand and a forecast for 2020 that promised to break every record. And it did: January and February were already showing that demand predictions were going to fall short. But then came the pandemic and it changed everything. The world stopped almost completely, but the metro —being an essential service— had to keep on going. The need to adapt became imperative. Decisions had to be made and they had to be made fast.

Even though everything changed, it all had to be kept operational. This required the cooperation and synergy from all of Spain’s different metro lines. Daily meetings, sharing technical knowledge and some good results made Silvia reflect: “When we work together, creating teams and sharing our experience, we’re extraordinarily good.” Silvia and her team were faced with an unprecedented situation and had to take action. One of these actions had to do with access control. Metro de Madrid had to follow the example of supermarkets and pharmacies and take action. But, how do you carry out access control in a massive transportation service? The solution came from rethinking the processes and creating a mobility model for the people of Madrid in which their activity would be reflected. Knowing how 95% of the users moved, they were able to develop a mathematical model that allowed them to control the access to the metro during rush hours without affecting its operation and usability. “It’s been a year of really intense work,” Silvia commented. The thing is that when everything seemed to be under control, when they thought they had a stable work process and that they could face new projects, the Filomena Storm hit. What came to be known as “The Snowfall of the Century” left the metro as the only option for transportation. Once again, making fast decisions became crucial. This time, though, there wasn’t the possibility to cooperate with other metros in the same situation. Silvia and her team manage to reorganise all the processes all over again and keep providing the service to every user of the Madrid Community — even opening during the night as an extraordinary measure.

A Woman at the Metro

In 1919, Metro de Madrid became one of the first companies —together with Telefonica— to incorporate women to the labour world. Currently, Metro de Madrid has 25% of its positions filled with women and 30% if we take into account only directing positions. This places them at the same level as the majority of companies in the sector but Silvia and her team insist that there’s still a lot to improve. This is why, at Metro de Madrid, they are committed to increasing the presence of women in their company. As a result of this commitment and the actions that are still being carried out, directing positions occupied by women have increased by 5% in the last restructuring.

“We’ve increased the number of directing positions for women and not just because they’re women, but because there were so many talented women with so much knowledge of the sector that it just made sense to make the move”.

Silvia gave us some tips. Leaving aside education, training and experience —crucial for any leadership position—, she talked about the following:

Team: “For these leadership positions, it’s crucial to surround yourself with the best. Your team has to be the best team in the world.” Don’t make the mistake of creating an underqualified team just because you’re afraid the team will be better than the leader. Silvia loves sitting down and listening to her team: “I like feeling admiration for my team.” It’s all about having professionals — people who do their bit and contribute. In the end, they will become the perfect team and, as a team, they will bring out the best in each other.

Empathy and Optimism: Silvia invites us to leave drama behind and try finding solutions in environments of cooperation. Ultimately, we’re all people and we all have our moments of weakness. But, working in a place you consider your home and in which you feel confident enough to do what you must do, makes it all much easier.

Emotional Intelligence: “It takes good communication and a clear message; and both should adapt depending on the receiver.” Silvia stresses the importance of communication and delivering the message. “Our teams have to be able to understand us and also feel listened to.” This may be the reason behind the absence of strikes in a company as big as Metro de Madrid since she became CEO.

Making decisions and Being Assertive: Silvia stresses the importance of listening to your teams but reminds us that we must remain aware of the fact that decisions must be made by leaders. We must make these decisions and be consistent in our actions.

Dreaming: “When you want something, it’s important to map it out.” In order to achieve big things, you must first dream big. Before becoming Metro de Madrid’s first woman CEO, Silvia dreamt of it while she ran on the treadmill.

Sense of Humour: Meetings can be stressful but, according to Silvia, even the worst of them can be improved with a sense of humour.

6 reasons to take an internship