Home Current Affairs News Javier Saviola: “The change has been really good for Luis Suárez, with the motivation of coming to a totally new club”
EAE News - Sala de prensa

Javier Saviola: “The change has been really good for Luis Suárez, with the motivation of coming to a totally new club”

The former player of FC Barcelona, Real Madrid and River Plate, Javier Saviola, held a virtual conference with the students of the SMS Online Master in Communication Management and Sports Journalism and Online Master in Sports Management powered by EAE Business School, in which he discussed Luis Suárez’s move to Atlético de Madrid from FC Barcelona. “The change has been really good for Luis Suárez, with the motivation of coming to a totally new club”, explained Saviola during the conference. 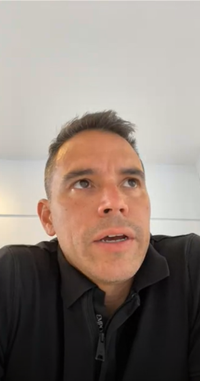 Moreover, the Argentinian footballer spoke about the current coach of River Plate, the team for which Saviola first played in 1998. Saviola described Marcelo Gallardo as “one of the best coaches in the world”. “The best coaches are those that, over time, in different teams, maintain the same philosophy of play. River went through some tricky times but kept playing in the same way, and that comes down to the coach and their leadership”, he explained. Saviola added that he would like Gallardo to come to a European team. “He is a really skilled coach. He has already been to Europe. He knows what it is like, how they live, so it wouldn’t be his first experience”, he explained.

When discussing Gallardo’s successor, Saviola opted for Pablo Aimar because “he knows River really well. He is training loads. He has been there since he was a kid”. He added that he and Aimar are very good friends.

To finish off, Saviola gave a few tips for being a good coach. “When you treat the players all in the same way, when a player feels important even if they aren’t playing, this player feels part of the team and will keep the spark alive, to play again. The team will be competitive. The coach has to inspire the players”, he concluded.

EAE and 3 Capital publish the report “Redirected Proportional Load: application to the destination of Barcelona”