Home Current Affairs News The Metaverse: What Is It and What Does It Hold in Store for Us?
EAE News - Start Today - Snack Content

The Metaverse: What Is It and What Does It Hold in Store for Us?

Recently, Mark Zuckerberg, the head of the most widespread social network in the world with more than 2.7 billion users, announced the change of name from Facebook to Meta, causing massive reactions and doubt across the globe. What is this metaverse he’s talking about and what are its possibilities? What’s the intention behind this change? 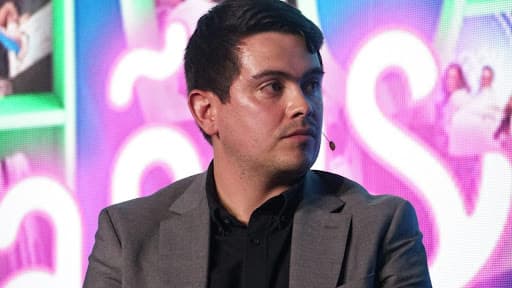 The concept of a metaverse wasn’t born inside Facebook’s offices. The term was coined in the 1992 novel, ‘Snow Crash’, and it became established as a way to define virtual work spaces. Therefore, the metaverse is a virtual world that functions as an alternative reality.. Facebook’s strategy is more than just a change of name: it seeks to change the users’ relationship with the platform and present themselves as a guiding company for this new digital revolution— the experts that call it that way are already a lot.

How does it work?

With the aid of digital immersion devices, like VR headsets, we will be able to explore worlds and interact with other platform users and elements. But, what’s the difference between the metaverse and the current virtual reality of video games? This new technology is designed to be fully immersive. VR headsets will immerse us in another dimension just like it’s been doing so far, but the metaverse will also have sensors that will capture the users’ movements and even facial expressions. The goal is for the avatar to fully represent us in this virtual world and for the people that we interact with to be able to interpret our feelings instantly just like they would if it were a face to face interaction.

What other possibilities does it offer?

If you think the metaverse will be just like Spielberg’s Ready Player One, you’re in for a big surprise. This concept goes well beyond hanging out in a fantasy world. It seeks to become an alternative reality and another tool for our daily life. This are some of the possibilities it offers:

Facebook has taken the chance to take the lead in the world of the metaverse but, actually, many other companies like Nvidia, Apple or Microsoft, among others, are already betting heavily on this.

The possibilities of the metaverse are infinite, like Zuckerberg’s logo. We’ll have to wait and see what it holds in store for us, but one thing is certain: telling the difference between reality and the virtual world will become increasingly difficult.

The Beginning of the Story (Teaser)